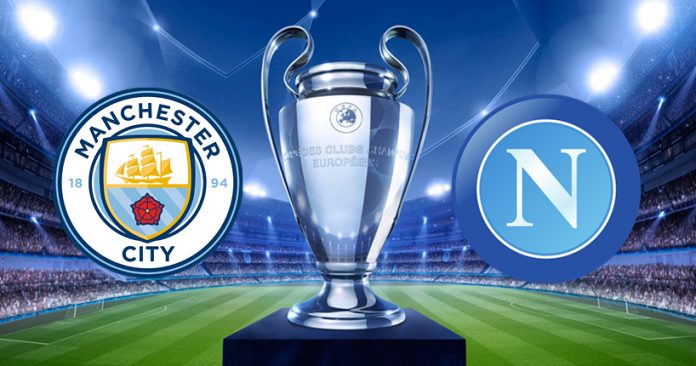 Manchester City host Napoli in the Champions League this week and it should be a fascinating encounter between two very good footballing sides.

Pep Guardiola’s men have been outstanding in the Premier League this season and Napoli have played some breathtaking football in the recent months.

The Premier League giants have won their last nine in all competitions, netting a combined 34 goals in that run. They will be looking to secure the three points here as well. Meanwhile, Napoli are the only team in Europe’s top five leagues to have won all of their league games this season.

The Italians were beaten by Shakhtar Donetsk earlier in the group stages and they will be looking to get over that with a morale-boosting win over City.

Pep Guardiola is again without injured pair Vincent Kompany and Benjamin Mendy for the welcome of Napoli.

As for Napoli, Arkadiusz Milik is Maurizio Sarri’s sole injury worry ahead of their trip to Manchester City.

Napoli are unbeaten in their last two meetings against Manchester City. Bet on Napoli to win or draw.

Both teams have won their last six matches in all competitions. A draw is on the cards here.

Both teams play some breathtaking attacking football and this could be a real spectacle for the neutrals.

In terms of quality, Manchester City are better going forward. However, Napoli are in sensational form as well and the two teams are likely to cancel each other out.