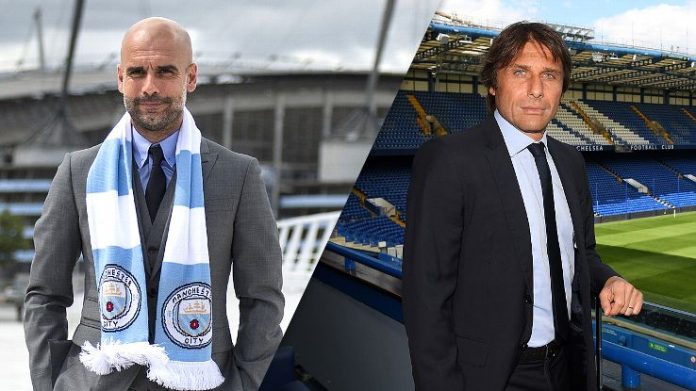 Manchester City host Chelsea in the Premier League on Sunday and the hosts will be looking to extend their lead at the top of the table with a win.

Pep Guardiola’s men won 3-0 against Arsenal in their last game and they will be full of confidence heading into this one.

The Etihad outfit are currently 16 points clear at the top of the table and Chelsea will have to be at their best to get something here.

The Blues were beaten by Manchester United in their last game and they will be looking to respond with a win here. Antonio Conte’s side have now lost three of their last four in the league and they cannot afford to keep dropping points.

Walker, Mendy and Delph are set to miss out for the home side due to injuries and suspension respectively.

Fernandinho remains a major doubt after missing the Arsenal game through injury.

As for Chelsea, David Luiz, Ross Barkley and Tiemoué Bakayoko are all doubts ahead of Sunday’s trip to the Etihad.

Manchester City have won 23 of their last 26 matches in the Premier League. Bet on the home side to win here.

Manchester City have scored at least 2 goals in their last 13 home matches in the Premier League. Over 2.5 goals seem like a good bet here.

Manchester City are in breathtaking form right now and although Chelsea are a very good side, they are lacking in form and confidence right now.

The Etihad outfit are likely to take advantage of Chelsea’s recent slump. A home win seems quite likely this weekend.