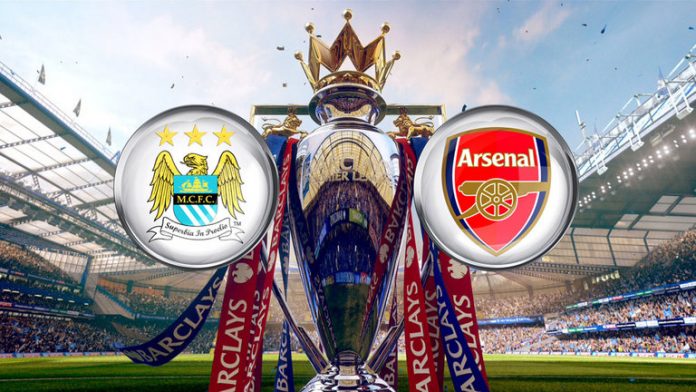 Manchester City returned to winning ways after two back-to-back losses against Chelsea and Leicester in the Premier League. The Etihad outfit secured a comfortable 2-0 win over Watford earlier this week.

Pep Guardiola‘s side are already seven points behind league leaders, Chelsea, and cannot afford to drop any more points if they want to stay in the title race.

City have struggled against the top teams this season, and the Arsenal game will be a massive challenge for them. The likes of United and Chelsea have already beaten them this season.

Guardiola will be without some of his key players for the vital home game against Arsenal. Ilkay Gündogan suffered knee ligament damage against Watford, and Sergio Aguero still has two matches left on his own four-match suspension. Fernandinho is suspended, as well, and Kompany is injured.

Arsenal will be desperate for a win when they travel to Etihad this week.

The Gunners were beaten 2-1 by Everton in their last outing, and they will be looking to get back to winning ways, here. Furthermore, they will be well aware of City’s inconsistencies and are good enough to punish the home side.

Wenger will be without Santi Cazorla, Mathieu Debuchy and Shkodran Mustafi for the trip to Manchester. Per Mertesacker and Danny Welbeck are back in training, but are lacking in match fitness. Aaron Ramsey is a doubt at this stage and will be assessed closer to kick-off.

Manchester City are undefeated in 10 of their last 11 home matches in the Premier League.

Arsenal are undefeated in 6 of their last 6 meeting against Manchester City.

Manchester City have failed to win any of their last 6 meetings against Arsenal.

Apart from the defeat against Everton, Arsenal have been outstanding in recent weeks. Furthermore, they have an excellent record against City. Bet on the Gunners to win at 12/5.

Manchester City have a very good home record. Bet on them to win or draw at 1/3.

This should be a fascinating contest between two very good footballing sides. Both sides love to play attacking football, and it should be an open contest. At this stage of the season, both teams will be playing to win, and there should be a fair few goals in this one.

City have struggled against Arsenal in the past, and that is likely to continue. The away side are in better form and motivated for this one. An Arsenal win seems likely.