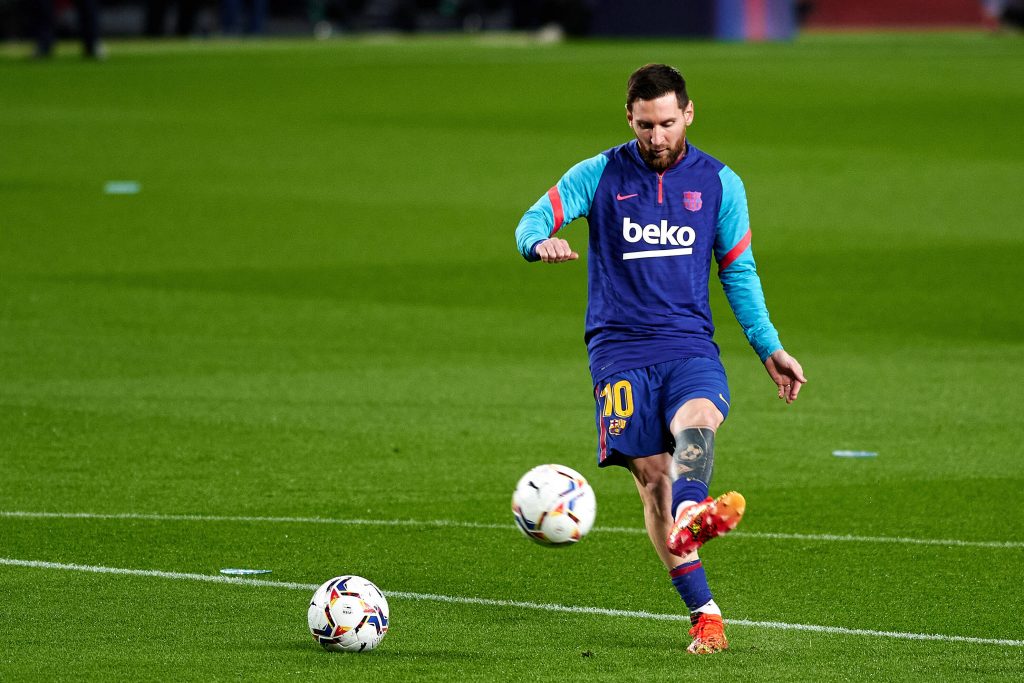 Manchester City have withdrawn their interest in Barcelona superstar Lionel Messi, according to a report by Eurosport.

Last summer, Messi was at the heart of one of the biggest stories of the transfer window. The Argentine submitted a transfer request away from Barcelona, having played for the club since he was 13-years-old.

This sent the press flying, with every major club in Europe being linked to his signature. However, after a stand-off with former president Josep Maria Bartomeu, the 33-year-old remained at Camp Nou.

Throughout the season, the rumours have continued to spread. Man City and Paris Saint-Germain have constantly been named as Messi’s next destination upon the expiry of his contract in the summer.

However, Eurosport are claiming that City have pulled out of any potential move, as they believe he will sign a new deal at Barcelona.

Since last summer’s transfer saga, Bartomeu has resigned from his position and been replaced by the far more popular Joan Laporta.

The Spaniard, who was previously in charge during Messi’s early days at La Blaugrana, vowed to keep the six-time Ballon d’Or winner at the club.

Furthermore, performances and results have begun to look far more encouraging. They reached the final of the Copa del Rey after a phenomenal second leg comeback against Sevilla.

Barca have also closed the gap on Atletico Madrid in La Liga to just four points, and a domestic double may be enough to keep Messi at the club.

Meanwhile, it is believed that PSG have maintained their interest in the forward. Brazilian winger Neymar admitted back in December that he wishes to play with Messi again, while reports claim that Les Parisiens are “immensely optimistic” of signing him.