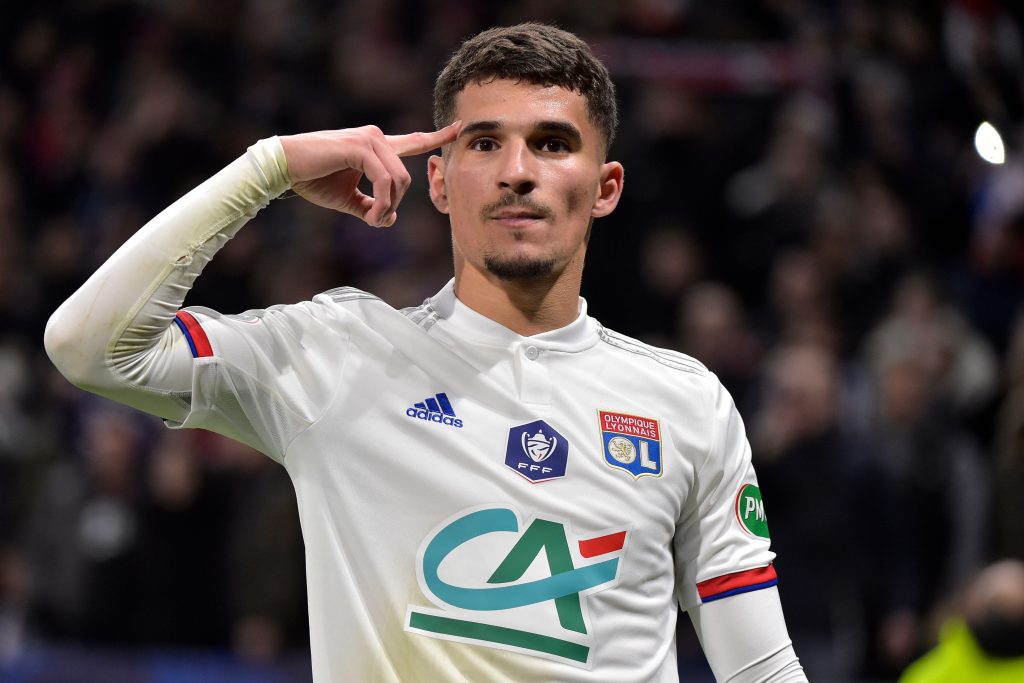 Liverpool and Manchester City could be set for a summer transfer battle for Lyon midfielder Houssem Aouar.

According to L’Eqiupe, the French club are willing to sell Aouar for £44 million.

Lyon may have to cash in on some of their best players following the early curtailment of the Ligue 1 season.

The club finished seventh in the table and will not be in the Champions League next term.

Aouar has been strongly linked with a move to the Premier League, with both Liverpool and City believed to be tracking his progress.

The 21-year-old has been impressive for Lyon this season, scoring nine goals and creating seven more in 37 appearances for the club.

Aouar’s performances have drawn admiring glances from across Europe and he would undoubtedly be an excellent addition to the Premier League.

Despite leading the league by a big margin, Liverpool are in need of creativity in midfield and Aouar appears to fit the bill.

It is a similar picture for City, with Pep Guardiola’s team in need of some fresh faces after their failure to mount a serious title challenge this season.