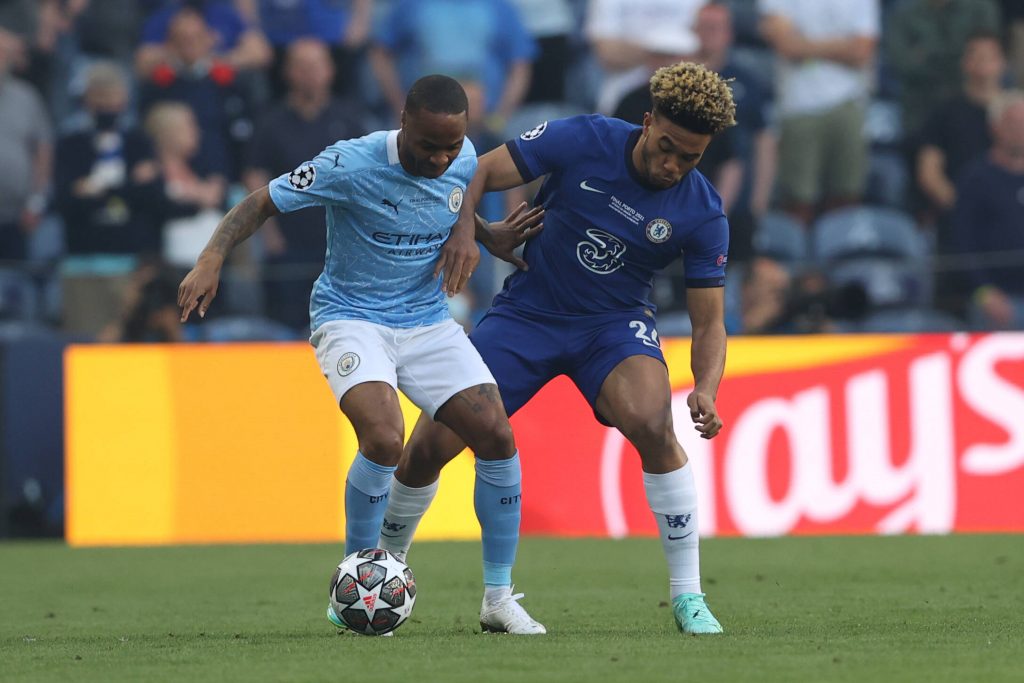 Some Manchester City fans on Twitter produced a mixed reaction towards Raheem Sterling’s performance in the 1-0 Champions League final loss to Chelsea.

The England international had played just 10 minutes in the last four knock-out games in the competition, but he was handed a surprise start for the final.

The 26-year-old had a couple of scoring chances in the game, but he struggled to make the most of those opportunities as Reece James kept him at bay.

He was eventually substituted in the 77th minute, with Sergio Aguero taking his place. The Argentine failed to recover the deficit in his farewell appearance for the club.

A section of the fans were far from pleased with Sterling’s display and believe he should be shown the exit door when the transfer window reopens.

However, another group of supporters believe the blame should be placed on manager Pep Guardiola for his team selection for the final.

Sterling ineffective again. Why play him? Sell him on, he’s only interested in new deal!

Sterling didn't have a bad game he just shouldn't have been on the pitch. That was on Pep. I feel for Phil Foden as he was the one that suffered after being amazing on the left in CL this season.

Sterling struggled for consistency at the end of the season, and Guardiola regularly picked Phil Foden ahead of him for the big games on the left wing.

It came as a surprise that the 26-year-old got the nod for the final, with Foden starting in the three-man midfield for the club.

Sterling was dispossessed on 12 occasions last night. He managed just 29 touches while being successful, with only 11 of the 18 passes attempted.

It was certainly a frustrating night for the £81 million-rated winger, but part of the blame should be placed on Guardiola’s team selection for the final.

The Spaniard opted to go without a genuine defensive midfielder, and also left Aguero on the bench despite his brace against Everton last week.

The club gained more control when Fernandinho was brought on, but the Blues were defensively organised by then, and saw out the game.