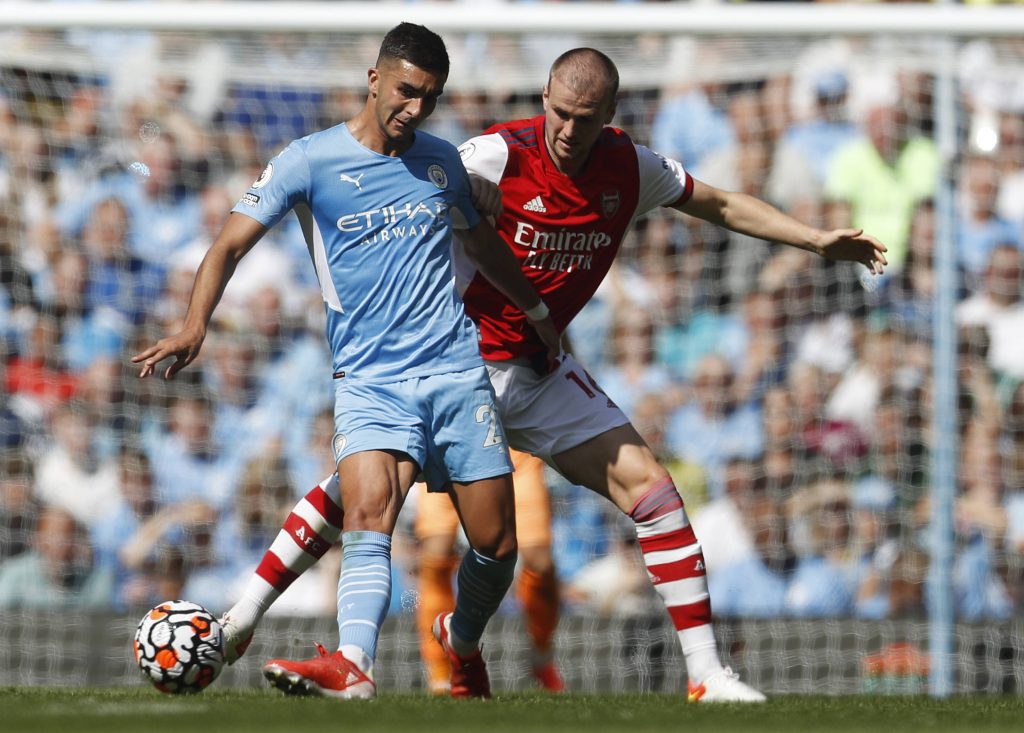 A selection of Manchester City fans heaped praise on Ferran Torres following the club’s convincing 5-0 win over Arsenal in the Premier League on Sunday.

The Cityzens were firm favourites to beat the Gunners at the Etihad Stadium, and they put in a fantastic performance with 25 shots over 90 minutes.

Torres was a frequent threat to the Gunners backline with his regular runs behind. The £45 million-rated star capitalised on a defensive error to score in the 12th minute.

Shortly after the break, he assisted Rodri’s goal from outside the box. Six minutes from time, he bagged his second goal of the day with a close-range header.

He was adjudged the man of the match, and it was well deserved. Several City fans heaped praise on him, and here are few reactions on Twitter.

ferran torres is going to do big things for us this season..

Ferran Torres was soooo good earlier, his movement in almost every game Ive seen him at City is excellent & finishing is top draw 🔵

Ferran Torres showing us what he can do when given a consistent run of games. So happy he got his 2 goals & assist today

Ferran Torres is going to cook this season, jump on the train while you still can

There has been much talk about City pursuing a new striker. The club were recently linked with high-profile moves for Harry Kane as well as Cristiano Ronaldo.

However, Torres has shown that he has the potential to make the position his own, and could be the club’s new version of Sergio Aguero with his knack for scoring goals.

Gabriel Jesus has recently excelled from the right-wing position for the reigning champions, but he could compete with Torres for the role up front this season.

Hence, the club have the position well covered despite Aguero’s exit. A new striker does not appear a necessity with the way things are paving at the moment.