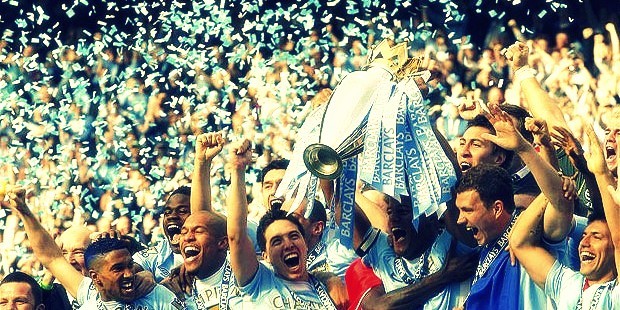 Manchester City have risen five places on the Deloitte list of football’s top earning sides. City were aided by the fact they secured their first Premier League title over the 2011/2012 season which now means that half of the top ten clubs on the list are English.

City’s earning rose by 51% partially due to a mega money sponsorship deal which saw the City of Manchester Stadium re-branded as the Etihad Stadium.

Real Madrid and Barcelona still share the first two places due to a lop-sided TV deal in Spain which is balanced towards the top two clubs in La Liga. Real Madrid have held first place on the list since 2003/2004.

Manchester United remain the top earning English club despite not winning a trophy last season. TV revenue and their global marketing appeal are two of the reasons for the maintenance of their position.

Bayern Munich are the top earning German side on the list and their position is likely to strengthen in coming years under the managerial reign of Pep Guardiola.

Chelsea and Arsenal share fifth and sixth place on the list. This will alarm Arsenal fans more than any other section of supporters, as Gunners followers have consistently been told by the club that Arsenal are in as strong a financial position as any other team.

Newcastle United appear on the list for the first time, replacing Valencia in 20th place meaning that in total there are now seven English clubs in the top 20 sides around the world.

Everton, Aston Villa, Fulham and Sunderland all appear in the group of 11 sides just outside the top 20 proving that the appeal of the Premier League commercially is as strong as it’s ever been.

Italy are still represented in the top ten with Juventus taking tenth place and Ligue 1 is represented by Marseille and Lyon, suggesting Paris Saint-Germain are still to master their financial model in France.