Manchester United suffer a huge blow as striker Robin van Persie has been ruled out for at least a month having picked up a thigh injury. 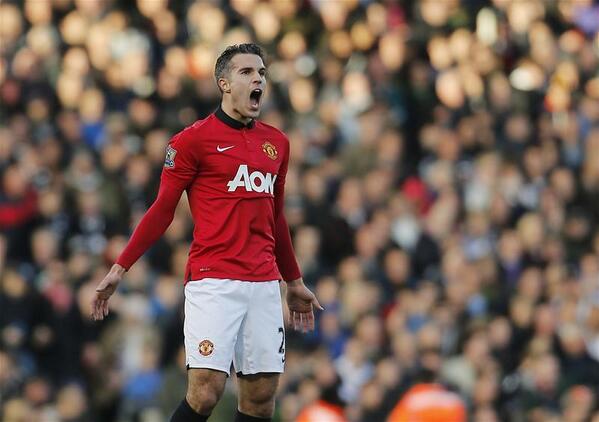 Speaking to the media this afternoon, ahead of clash with Aston Villa, Utd boss David Moyes confirmed that Van Persie injured his thigh while taking the corner that led to Phil Jones’ winner against Shakhtar midweek in the Champions League.

“Robin Van Persie is out for a month,” Moyes said, as quoted by Sky Sports.

“It is unfortunate because I think if you look at our record with
Wayne Rooney and Robin in the team it is actually very good and we
have not had them for quite a period recently.”

Manchester United are heading into this match on the back of a two 1-0 defeats at the hands of Everton and Newcastle, and are sitting uncomfortably in 9th place in the Premier League. To compile the Utd boss’ misery, Marouane Fellaini has a back problem while Michael Carrick is out injured as well.

This is a huge blow in terms of team news, but how deep will it damage the morale of the team? How badly will Van Persie be missed? Share your thoughts below…