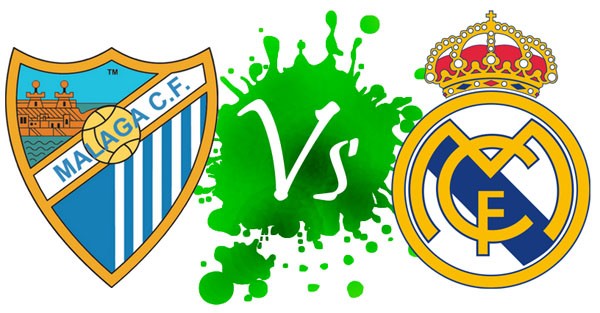 Malaga host Real Madrid in their final La Liga game of the season on Sunday and they will be looking to pull off an upset here.

The hosts are in very good form right now and have won four of their last five league games, drawing the other. Despite their poor head-to-head record against Los Blancos, they are certainly capable of getting something out of this game.

Kuzmanovic, Kone, Juanpi, Penaranda, Rosales, En-Nesyri and Duda are expected to miss out.

Los Blancos need to win or draw this game if they want to win the title. They are three points ahead of Barcelona and cannot afford to lose this one.

Real Madrid have been in superb form since their loss against the Catalan giants. They have won five league games on the bounce and have beaten the likes of Bayern Munich and Atletico Madrid in the Champions League.

Pepe, Bale, Carvajal and James Rodriguez are expected to miss out this weekend.

Real Madrid have scored at least 4 goals in their last 3 away matches in La Liga.

Malaga have won their last 4 home matches in La Liga.

Malaga have scored at least 2 goals in their last 5 matches in La Liga.

Real Madrid are unbeaten in their last 6 matches against Malaga in all competitions.

There have been over 2.5 goals scored in Real Madrid’s last 11 away games in La Liga.

Real Madrid have been winning at both half time and full time in their last 5 matches in La Liga. Bet on Los Blancos to win both halves.

Real Madrid are in outstanding form and will be desperate to secure the title this year. Despite the recent upturn in form, Malaga are out of their depth here.

The away side should be able to grind out a win considering their impressive record against Malaga.