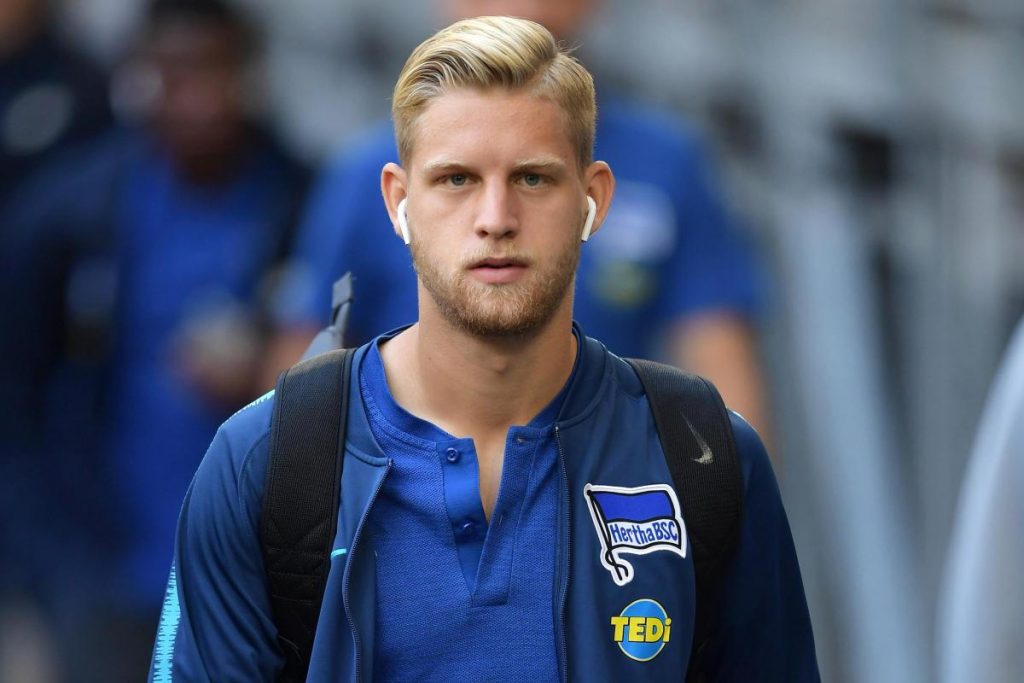 According to Sport1, Manchester United are scouting Arne Maier and could look to bring the teenager to Old Trafford. The Hertha Berlin defensive-midfielder is highly-rated and has been watched by representatives of the Red Devils. Arsenal could throw a spanner in the works, however, with The Sun revealing that Sven Mislintat could have Maier on his radar also.

The 19-year-old joined Hertha Berlin from Ludwigsfelder FC in 2008 and rose through the youth ranks to the first-team in 2017, making 26 appearances in all competitions at senior level. The German U21 international, who has four years remaining on his deal with Hertha, has been a regular this season, making three Bundesliga appearances and one in the DFB-Pokal.

Hertha have started the new campaign strongly, boasting two wins and a draw from their first three league games to sit fourth in the table – seven points. They beat Nuremburg 1-0 in their season opener and followed that up with a 2-0 victory away from Schalke 04 before drawing 2-2 with Vfl Wolfsburg.

United may have Fred, Nemanja Matic, Ander Herrera, Andreas Perreira and Paul Pogba as midfield options, but they are clearly looking to strengthen this area. Arsenal are also being linked with Maier’s signature and could be willing to battle United to bring him to England. Time will tell which club wins the race.