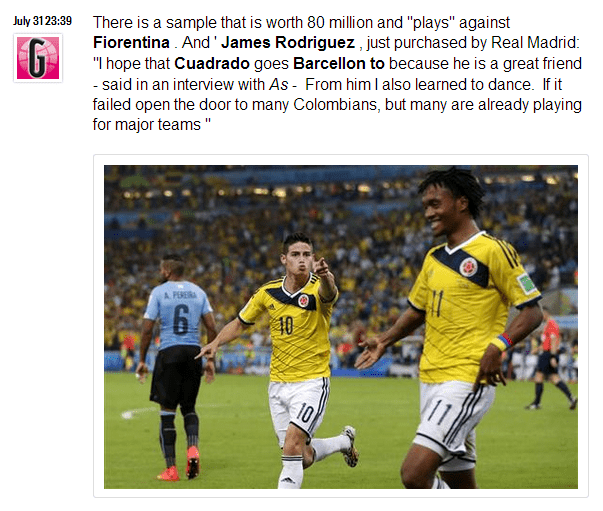 James when asked about Cuadrado’s transfer situation linking him to Barcelona said, “I hope it happens, because he’s a great friend of mine. If he does, it will open the door for other Colombians, because there’ll be several of us at big clubs.”

Cuadrado’s agent Alessandro Lucci has however maintained that there has no contacts made from the Catalan club for his client.(خرید سرور بیگبلوباتن)

“The Catalan club are represented by serious, professional people who have never expressed that they would like to use such strategies.”

This would come as a welcome boost for Manchester United with English tabloid Independent  also reporting that talks between Cuadrado and Barcelona have hit a roadblock.(سرور بیگ بلوباتن)

The report claims that earlier this week Fiorentina’s sporting director Daniele Prade placed a €50 million price tag on the 26 year old Colombian to ward off interest from potential suitors clearly indicating they don’t want to part with their prized asset.(بیگ بلوباتن)