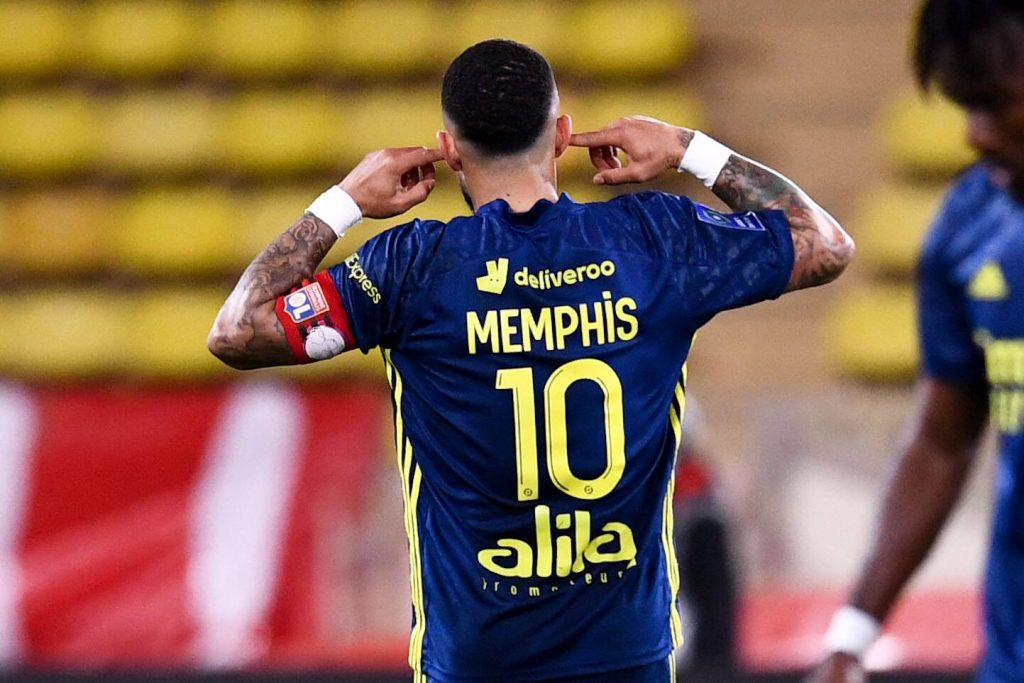 Lyon forward Memphis Depay has confirmed that Barcelona are interested in signing him on a free transfer, but there are also other clubs in the race.

The Dutchman is due to leave Les Gones when his contract expires next month, and he is attracting interest from some of Europe’s elite clubs.

The Blaugrana have been regarded favourites to sign him and, speaking to L’Equipe, the 27-year-old confirmed that there is genuine interest from the Catalan giants.

However, he added that there are also other clubs in the running for his services, and he will take some time before deciding on his next challenge.

He said: “Barcelona are interested in signing me, it’s true. But there are also other clubs in the race. I’ve not decided my future at the moment – I need some time, then I’ll choose my next club.”

Depay has had an impressive season with Les Gones, registering 22 goals and 10 assists from 39 appearances in all competitions.

The club have looked to extend his contract beyond June, but it appears that the Dutchman has decided to head for the exit door.

In recent months, it has been widely mentioned that Depay would relish the prospect of a reunion with manager Ronald Koeman at Camp Nou.

Koeman played a key part in transforming Depay from a left winger into a centre-forward when he was the head coach of the Netherlands.

A Depay-Koeman reunion remains far from certain at the moment as the Blaugrana could potentially replace the Dutchman with Xavi this summer.

The club recently bowed out of the La Liga title race after picking up just five points from as many games, and the hierarchy are mulling over a change.

Depay, who is valued at €45 million by Transfermarkt, has also been linked with Juventus, who are well versed with free transfer signings.