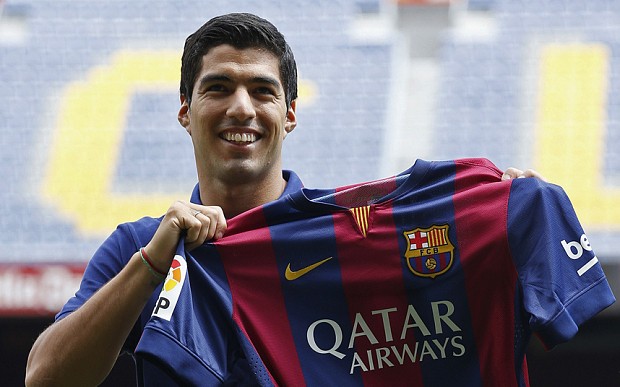 Former Liverpool striker Luis Suarez opened up about his move to Barcelona, concerns about his weight and his role at the club to Uruguayan newspaper El Observador.

Suarez completed a £75m move to Barcelona during the summer, following a stellar season with Liverpool, which saw the Merseyside giants finish second in the table, agonizingly close to a 19th league title.

Suarez revealed that prior to the move, the Catalan giants were extremely kind and respectful of him and helped him in every possible way. The former Ajax forward also stated that he had received psychological help following the bite gate affair at the World Cup.

Speaking about the concerns raised by the press initially, regarding his fitness and weight, Suarez laughed off the claims stating that, ‘the club, doctors told me that I was among the six players with the lowest body fat percentage and weight. What was said caught my attention but it was funny for me’.

The Uruguayan has always shown great endurance when it comes to media agendas and this was no different for him.

“It’s just something that happens with the papers. It doesn’t affect me”, he said.

Further, Suarez also reflected on his role at the club, stating that he was fully aware of the players he was going to play with and the sacrifices he might need to make.

Suarez also stated that he has had discussions with his teammates about how they can exploit the spaces together during a game and that he is happy to sacrifice his goalscoring in order to help the team win games.

“I speak with Messi and Neymar to tell them I will occupy a marker so they can exploit the space that gets left”, he added.

Finally he also added that he has always had goals in his game and that he was looking forward to scoring his first goal in a Barcelona shirt. However, he also maintains that any pressure is media generated and that he is not worried about goals, as long as his team wins.