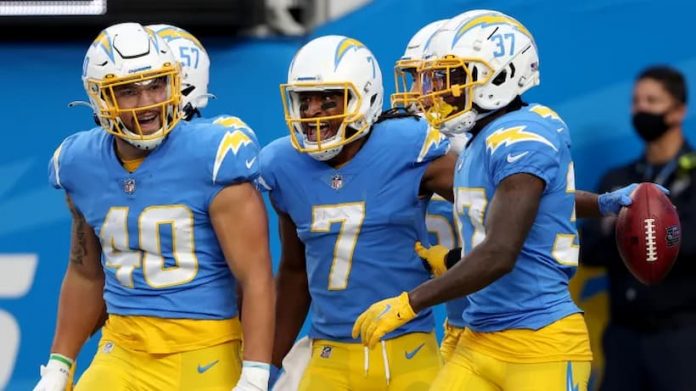 We have an AFC Conference matchup on Sunday when the Los Angeles Chargers meet the Houston Texans. We have three plays you can use towards a Single Game Parlay at Betonline and our three picks with a $1000 free bet would net you $5046.41

Join BetOnline And Back Our Chargers vs Texans Same Game Parlay

The Chargers need to win a football game, and Houston will likely accommodate them Sunday. The offense behind banged up QB Justin Herbert has been lackluster at best, but they might get a boost if WR Keenan Allen makes his season debut. Herbert has thrown for 910 yards, with seven scoring strikes and a pair of interceptions. In Allen’s absence, Herbert has spread the wealth with five wideouts with over 100 receiving yards, but Allen is his go-to guy, and we’ll see a difference in this offense if he returns.

Despite allowing over 400 yards of offense, the Texans defense has fared pretty well, but the Texans offense behind 2nd year signal-caller Davis Mills is sluggish. Mills has thrown for over 600 yards, but with just a trio of TD passes and a couple of picks.

The reality here is the Chargers offense is much better than what Houston has, and they’ll find a way to outscore them and cover the spread.

If we’re laying five points, then it only makes sense to take the Chargers for all the same reasons we laid the points.

We’re not sold on the Texans defense. They’ve played struggling Colts, Broncos and Bears offenses and even banged up Herbert, and the Chargers will be the first real test for the Houston unit. They have a number of rookies they rely on and maybe Herbert picks apart a secondary allowing less than a TD against struggling quarterbacks Matt Ryan, Russell Wilson and Justin Fields.

While we aren’t buying the Texans defense, the Chargers defense hasn’t been much better, and losing Joey Bosa is a big hit for a defense already allowing 28 points per game.

The Chargers secondary yields 2.3 passing TD’s per game and while Mills hasn’t set the world on fire, he could torch a secondary possibly missing not only Bosa, but CB J.C. Jackson for the second consecutive game.

Chargers RB Austin Ekeler’s low usage has been puzzling, and the rushing game has been nonexistent. They could get a boost against a Houston defense allowing 202 rushing yards per game.

Finally, we have a Chargers offense in need of a huge game against a Texans defense that maybe isn’t as good as advertised. The Texans will put some points on the board, and this one exceeds the total.