You know what’s the best thing about Mario Balotelli? Despite all his eccentrics, poor performances on pitch, there is always going to be some club out here ready to take gamble on him. This time it’s Fiorentina, who are ready to bring the Liverpool flop back to Italy.

According to Italian media, SportMediaSet, Serie A club Fiorentina are ready to sign Mario Balotelli while Mario Gomez could move to Liverpool as a part of the same deal. Both the players will go out on a season long loan and from thereon decisions will be taken whether to make the deal permanent.

Italian newspaper Tuttosport adds their own input, saying the two clubs are locked in negotiations over this deal, as Balotelli is desperate to return to Italy after his failed Liverpool spell. 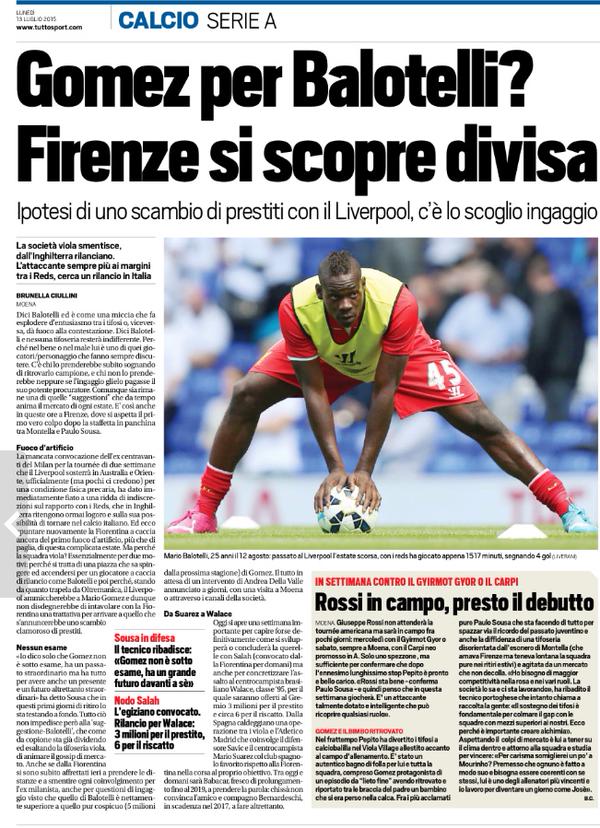 Ballet joined Liverpool from AC Milan or a reported fee of ₤16m, but he failed to adjust to Brendan Rodgers’s system at the club. He was ultimately dropped to the bench and was largely overlooked, and from there on became very clear that he won’t have a long term future at Anfield.

Furthermore, Balotelli has not included in Liverpool’s pre-season training which gives a strong indication that the club is actively trying to sell him, albeit on loan.