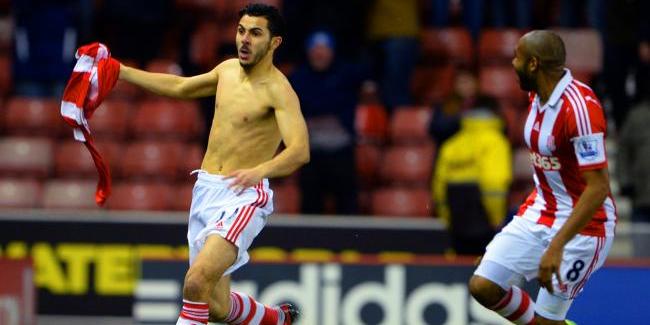 Liverpool have told Stoke City to pay £7m for Moroccan winger Oussama Assaidi, according to reports from The Telegraph.

Assaidi was sent on a season long loan to Stoke City last campaign, where he had a reasonably good season. Stoke were planning to sign him permanently but were told to cough up £7m to secure his services.

Liverpool are planning to recoup as much money (around £30m) as they can through player sales, as manager Brendan Rodgers prepare to bolster his squad, keeping Champions League in mind.

Assaidi was signed from Heerenveen in August 2012 for a paltry fee of £3.5m but Liverpool want to make a profit on sale and asking almost double the money for him.

Stoke believe the price set by Liverpool is not only exorbitant but at the same time unrealistic as well. The Potteries are confident of haggling with Liverpool to do a business on a more acceptable level.

Meanwhile, Stoke City have already signed Phil Bardsley from Sunderland on a free transfer and will complete a deal for long-term target Mame Biram Diouf as well.