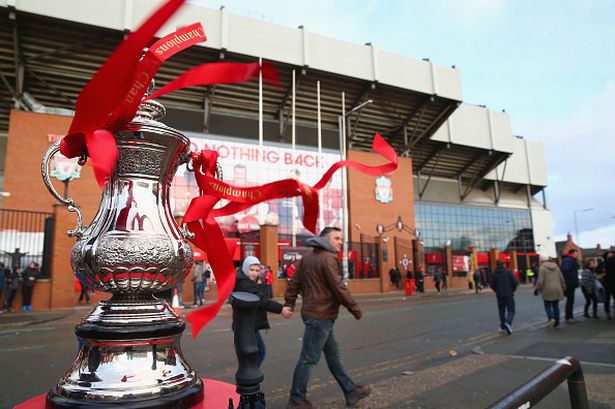 Liverpool host Wolves in the FA Cup this weekend and the home side are under a lot of pressure after a recent run of poor performances.

The Reds have only won one of seven matches in 2017 so far. Jurgen Klopp‘s men were knocked out of the EFL cup by Southampton earlier this week and the home fans will be hoping for a big win to soften that blow.

Liverpool have lost three of their last five in all competitions and are also struggling to keep up with Chelsea in the Premier League title race.

Ings, Brannagan, Grujic, Mane and Clyne are the only absentees for the home side this weekend.

Wolves will be looking to pull off an upset here. The away side are heading into this game on the back of four wins in their last seven games.

Their current form is a massive improvement considering how they started the season. Paul Lambert has done a very good job since December and Wolves are clearly on their way up. Prior to their current run, Wolves had won just four matches in their last 18 matches.

The last time these two sides met, Liverpool picked up a comfortable 3-0 win.

The away side will be without the services of Ikeme, Graham, Zyro and Saiss.

Liverpool have won their last 4 matches against Wolves in all competitions.

Liverpool have scored at least 2 goals in their last 4 matches against Wolves in all competitions.

Liverpool are undefeated in their last 6 matches in the FA Cup.

Liverpool have seen over 2.5 goals in their last 4 matches against Wolves in all competitions. Another high scoring game seems likely.

Liverpool have been hard to beat in the FA Cup and have a good record against Wolves. Bet on the Reds to win this weekend.

This should be a routine win for the home side, but they are in poor form right now and will have one eye on the Chelsea game. Klopp is likely to rest all of his key players with the title race in mind.

Wolves are likely to put up a fight, but the home side have too much quality and should edge this one.