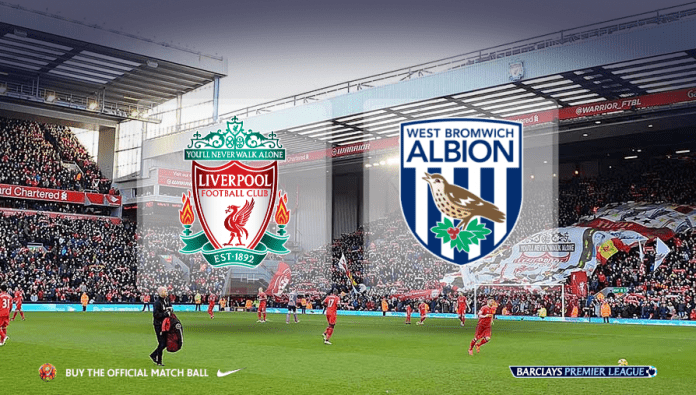 Liverpool host West Bromwich Albion at Anfield in the Premier League this weekend.

The Reds will be disappointed after having dropped two points against Manchester United on Monday night and will be determined to get back to winning ways.

José Mourinho‘s side managed to grind out a 0-0 draw at Anfield with some fantastic defensive organisation and a world class keeping display from David De Gea.

Liverpool have started the season really well and are very much in the mix for the title this season. With the likes of City faltering right now, the Reds will be looking to close the gap with their rivals.

Jurgen Klopp will be delighted with the return of Georginio Wijnaldum and Adam Lallana for this weekend’s game. The Dutch international missed the Manchester United game and has returned to full training now. Adam Lallana is also expected to start here after having been forced to start that match from the bench.

Daniel Sturridge should be dropped after a poor performance against United, and Firmino should lead the line for the home side.

The only injury worry for the home side is James Milner. The former Manchester City player picked up a knock at the end of Monday’s draw and is a doubt for Saturday.

West Bromwich Albion have had a good start to their season so far and will fancy their chances of an upset here. The away side have lost just two league games this season, but WBA have failed to win any of their last three. All three matches ended 1-1.

Tony Pulis has a great head to head record against Liverpool as a manager and is unbeaten in his last eight matches against them.

Pulis will be without his star defender Jonny Evans in this fixture. Four of the last five meetings in this fixture have finished in a draw and WBA will be more than happy to extend that streak.

Liverpool have drawn their last 3 matches against West Brom in all competitions.

West Brom have drawn their last 3 matches in the Premier League.

Liverpool are undefeated in their last 11 home matches in the Premier League.

Liverpool have scored at least 2 goals in their last 3 home matches against West Brom in all competitions.

Liverpool have been in fantastic form so far this season. Get the Reds to win at 2/7 with Ladbrokes.

West Brom have drawn their last 3 matches against Liverpool. Get them to win or draw at 11/4.

Liverpool have been scoring freely this season and have a good scoring record against WBA at home as well. Over 2.5 goals (8/13) seem likely here.

This should be a close contest. Although Liverpool are without doubt a much better side, West Brom will make life difficult for them with their defensive approach.

Pulis has made his side tough to beat and Liverpool will have to work hard in order to get past their opponents this weekend. Quality should prevail in the end; a narrow win for the home side looks likely.