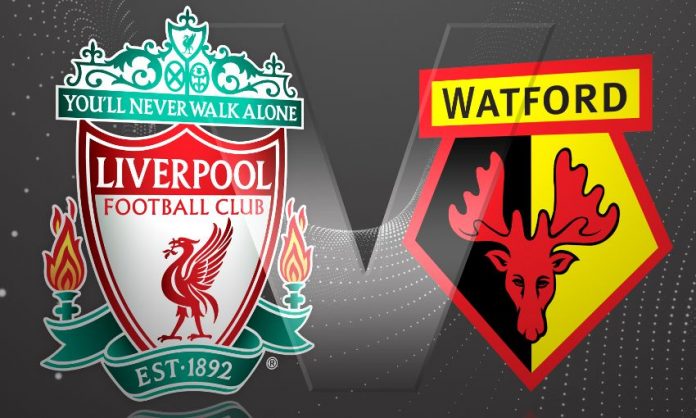 Liverpool take on Watford in the Premier league this weekend, and the Reds will be looking to extend their fantastic run of form with another win here.

Jurgen Klopp‘s men are level on points with City and Arsenal at the top of the table and have been unplayable at times this season. They have been unbeatable since their defeat against Burnley at the start of the season.

The Reds have a very good head-to-head record against Watford and have lost just once in their last six meetings.

Danny Ings is the only injury worry for the home side. The 24-year-old striker has been ruled out for the remainder of the season with a knee injury.

Watford have shown some impressive form in the Premier League lately and are unbeaten in five of their last six matches.

Furthermore, the Hornets have been quite hard to beat due to their defensive organisation. Watford have kept three consecutive clean sheets in the League and that could be a huge asset for them against a top class Liverpool attack.

If they can improve going forward, the away side have what it takes to pull off an upset here.

The only worry for Watford is their injury list. Stefano Okaka, Kenedy, Dja Djédjé, Isaac Success, Sebastian Prödl and Craig Cathcart are all ruled out.

Liverpool have won 6 of their last 7 matches in the Premier League.

Liverpool have scored at least 2 goals in 6 of their last 7 matches in the Premier League.

Liverpool have won 5 of their last 6 meetings against Watford.

Liverpool have been winning at both half time and full time in 5 of their last 7 matches in the Premier League. Get Liverpool to win both halves at 6/4.

There have been over 2.5 goals scored in 6 of Liverpool’s last 7 games in the Premier League. The Reds have been dominant in attack and careless at the back. Bet on the match to end with over 2.5 goals (8/15).

Watford have kept three clean sheets in a row. They are an impressive 11/4 to win or draw.

Liverpool are in great form right now. Get them to win at 1/4.

Liverpool have the attacking ability to get past Watford. Despite their impressive defensive performances, they will struggle at Anfield.

Klopp’s men have an impressive record against Watford and will look to extend that with a win here. Three points for the home side seems certain here.