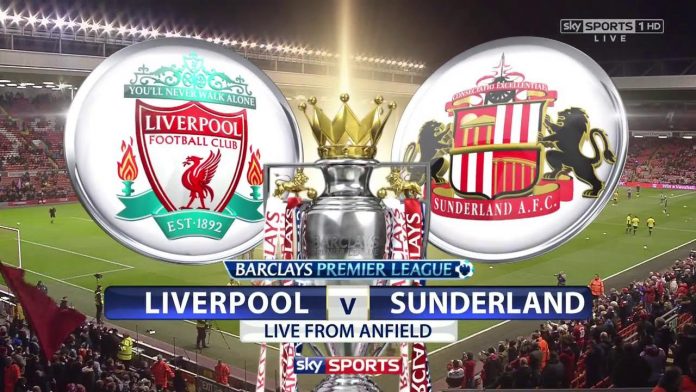 Liverpool host Sunderland in the Premier League this weekend, and Jurgen Klopp‘s men will be looking to get back to their winning ways.

The Reds were held to a disappointing 0-0 draw against Southampton last week. Despite a number of clear-cut chances, Liverpool failed to score and dropped two points away from home. As a result of the draw, Liverpool dropped down to the second position in the table and will be looking to reclaim their place at the top this weekend.

Liverpool have been outstanding at home since the second half of last season, and will be looking to add to their five-match unbeaten run against the Black Cats.

Danny Ings and Adam Lallana are the only injury worries for the home side. Lallana missed the game against Southampton after picking up a groin injury during the international break.

Sunderland had an atrocious start to their league campaign under new manager David Moyes. However, the Black cats have recovered in their last two matches, and have picked up six points against Bournemouth and Hull City.

The away side have a very poor record against Liverpool and will be looking to fix that this week. Sunderland will fancy an upset here, especially after their performance in the last two matches.

The likes of Defoe and Anichebe are in red hot form right now, and will look to punish Liverpool’s inconsistent defence.

Moyes will be without a number of his first-team players for the trip to Anfield. McNair is out for the season, Papy Djilobodji will miss out through a suspension, Jason Denayer has a hamstring problem, Lee Cattermole is out for four months following hip surgery, and Fabio Borini is injured as well.

Furthermore, Jack Rodwell and Vito Mannone are doubts for Saturday’s game as well.

Liverpool are undefeated in their last 14 home matches against Sunderland in all competitions.

Liverpool are undefeated in their last 13 home matches in the Premier League.

Liverpool have been winning at both half-time and full-time in 5 of their last 7 home matches in the Premier League. Bet on the Reds to win both halves at 11/10.

There have been over 2.5 goals scored in Sunderland’s last 3 games in the Premier League. Considering Liverpool’s goalscoring form this season, over 2.5 goals (1/3) seem likely here.

Liverpool are in tremendous form at home. Get Liverpool to win at 1/6.

Sunderland have won their last two league games. They are an impressive 4/1 to win or draw here.

The home side will look at this as a must-win game. League leaders Chelsea face Spurs in a derby game this week, and Liverpool could reclaim their place at the top of the table with a win here.

Both sides will fancy their chances and it should be an open game. Neither side are defensively solid and there should be a fair few goals in this. However, the home side have the quality to edge this one.