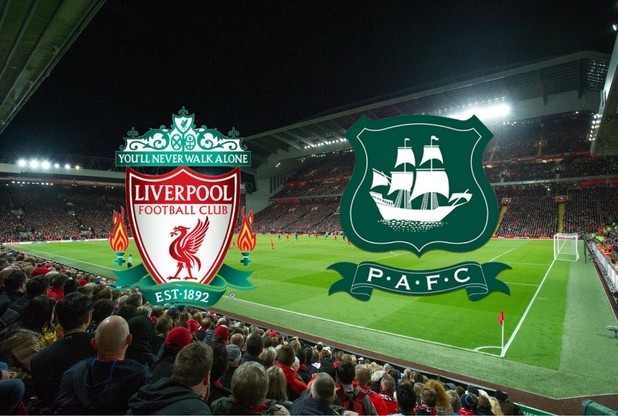 Liverpool host Plymouth in the FA Cup this weekend and the Reds will be hoping to get back to winning ways after their disappointing showing against Sunderland in the Premier League.

The Reds were held to a 2-2 draw at the Stadium of light in their last outing and Jurgen Klopp will be looking for a response today.

Liverpool are in supreme form at home this season and should be able to add to that run when Plymouth come to Anfield. The Reds are unbeaten in their last seven FA Cup third round fixtures and have won nine of their last 11 home games.

Klopp will be without some of his key first team stars for Sunday’s game. Joel Matip, Milner, Sturridge, Coutinho and Henderson are still struggling with fitness issues and Sadio Mane is away on international duty.

Young players Grujic, Brannagan and Ings are injured as well.

Liverpool have a good record against lower league opposition in the FA Cup and this will be a massive challenge for Plymouth.

The League Two outfit are in good form this season and have won 10 of their 16 away matches in all competitions this season, losing the other six.

Considering Liverpool’s injury worries, Plymouth will fancy their chances of an upset tomorrow. Jurgen Klopp’s men are unbeaten at home this season and Plymouth will need a bit of luck to change that record.

Plymouth have no injury worries at the moment and have a fully fit squad to choose from.

Liverpool are undefeated in 10 of their last 11 matches in the FA Cup.

Plymouth have won 10 of their last 16 away matches in all competitions.

Liverpool are unbeaten at home this season. They have won 9 of their last 11 matches at Anfield.

Liverpool are in superb form right now and have a formidable record at Anfield. Bet on the Reds to win.

Plymouth have done well on their travels and considering Liverpool’s injury worries, the away side might just force a replay here. Bet on Plymouth to win or draw.

This should be a straightforward win for the home side. Despite being without a number of their key players, Liverpool are a lot better than Plymouth.

The League two side will put up a fight but they will struggle to contain the home attack. Liverpool win seems certain here.