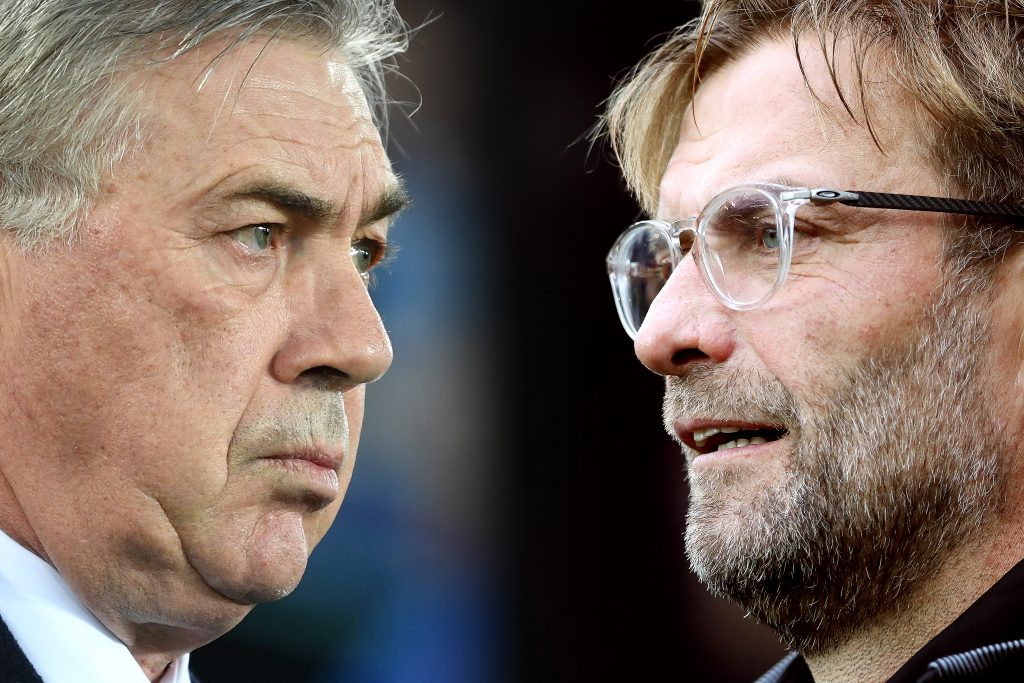 Liverpool will bid to return to winning ways in the Premier League when they host Everton in the Merseyside derby on Saturday evening.

The Reds have lost their way with three league defeats on the bounce and that has left them a staggering 16 points behind runaway leaders Manchester City.

The focus from now on will remain on qualifying for the Champions League. They are currently sixth in the table, two points behind fourth-placed Chelsea.

Jurgen Klopp’s side will go into the game with some momentum after securing a 2-0 win over RB Leipzig in the first leg of the Champions League round of 16 in midweek.

Meanwhile, the Toffees have recently suffered back-to-back losses in the league and they are currently three points and one place behind the Reds with a game in hand.

Liverpool have not suffered a defeat against the Toffees since March 2010 – a run of 23 games across all competitions.

However, they have managed to beat the Toffees in just two of the previous six league meetings. The four draws during this period have all been at Goodison Park.

Three of those matches have finished goalless. There has not been a 0-0 draw between the two sides at Anfield since May 2013.

Meanwhile, the Toffees have a wretched record at the stadium and have not picked up three points there since the 1-0 victory in September 1999.

Liverpool will be without Virgil van Dijk, Joe Gomez (both knee) and Joel Matip (ankle) with long-term injuries. Fabinho and James Milner are also sidelined with muscular problems.

Diogo Jota is set to miss out as he continues his recovery following a knee injury. Naby Keita may be available after returning to training earlier this week.

Everton won’t have the services of Jean-Philippe Gbamin, who is out until at least March as he continues his rehabilitation after a serious Achilles injury.

Yerry Mina is expected to miss the derby with a calf issue but Dominic Calvert-Lewin has been deemed fit to return after a minor hamstring issue.

The fixture has produced the most draws in Premier League history but that is unlikely to be the case this weekend.

The hosts will be desperate to claim three points after losing three games on the trot.

The Toffees have been good on their travels but their record at Anfield has been poor over a stretch of two decades.

The game will be closely fought but the Reds should prevail with a much-needed win.