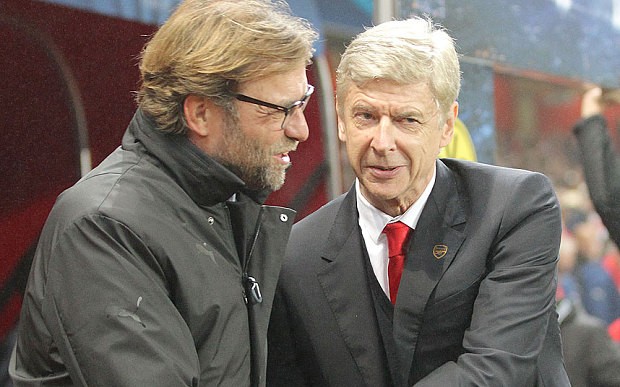 Arguably the biggest game of the midweek fixtures in the Premier League, Liverpool need to win this crunch tie to stay in the hunt for the top four.

The Reds are six points adrift of Tottenham, who sit in the fourth place in the Premier League table, and cannot afford to drop further points here.

However, the preparation has been seriously hampered by so many injury problems, with Liverpool are missing at least 8-10 key players for this game.

League leaders Arsenal on the other hand are heading into this match on the back of a three consecutive victories in all competitions, including a 3-1 win over Sunderland in the FA Cup 3rd round tie on Saturday.

The Gunners have been in impressive form over the past one month, having lost only once (away to Southampton) in their last seven games in the Premier League.

Liverpool are facing a serious injury problems, especially in defence, which has forced the club to sign QPR defender Steven Caulker on an emergency loan period.

Both Martin Skrtel and Dejan Lovren are certain to miss out, but Kolo Toure and Mamadou Sakho may come into the side.

In the midfield, skipper Jordan Henderson is still missing out with a knee injury. Likewise, Philippe Coutinho, Jordon Ibe, and Divock Origi all ruled out with injuries.

Daniel Sturridge is likely to miss out, though James Milner is back available against the Gunners.

Arsene Wenger confirmed that Alexis Sanchez is nearing a return to action, but the Chilean is likely to miss out for this tie.

Frenchman Mathieu Flamini is back fit and could anchor the midfield alongside Aaron Ramsey, though Mikel Arteta may come in as well.

1 – Arsenal have lost just once in their last eight games