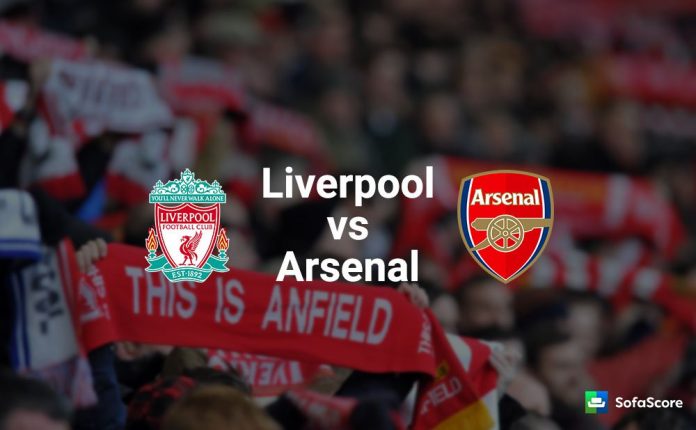 Liverpool host Arsenal in the Premier League this weekend and both sides will be looking to gain some advantage over the other in their race for a top four finish.

The Reds are under a lot of pressure after losing to Leicester on Monday. Jurgen Klopp’s side are one point behind Arsenal after having played one more game than the Gunners. Defeat here could see them drop down to sixth and lose more ground on their rivals.

The major blow for Klopp is the potential absence of Captain Jordan Henderson for this game. The England midfielder is injured and could miss out. Lovren, Ejaria, Ings and Grujic will sit this one out as well.

Arsenal are heading into this game on the back of a two-week rest. The Gunners will be fired up for this one and will look to close in on their top four rivals Spurs and City with a win.

Arsene Wenger’s men have disappointed against Liverpool earlier this season and they will look to avenge the loss at Emirates on the opening day of the season.

The away side will be without the services of Elneny, Cazorla, Ramsey, Sanogo and Ozil. Koscielny is expected to recover in time for this weekend’s kick-off.

Liverpool are undefeated in 19 of their last 20 home matches in the Premier League.

Arsenal have scored at least 2 goals in 5 of their last 6 matches against Liverpool in all competitions.

Liverpool have scored at least 2 goals in their last 3 home matches against Arsenal in all competitions.

Liverpool have seen over 2.5 goals in 6 of their last 7 matches against Arsenal in all competitions. Another high scoring game is definitely on the cards here.

Despite their poor form since the start of 2017, Liverpool have impressed at home. Their performances against City, Chelsea and Spurs show that Arsenal won’t find it easy at Anfield. Bet on the home side to win here.

Liverpool have always performed well against the top teams. Klopp’s men have disappointed against the weaker sides and therefore a big performance can be expected of them against the Gunners.

Both sides are under pressure to deliver and it should be a fascinating contest between the two good footballing sides. However, Arsenal’s big game mentality should let them down once again.

A home win seems quite likely this weekend.