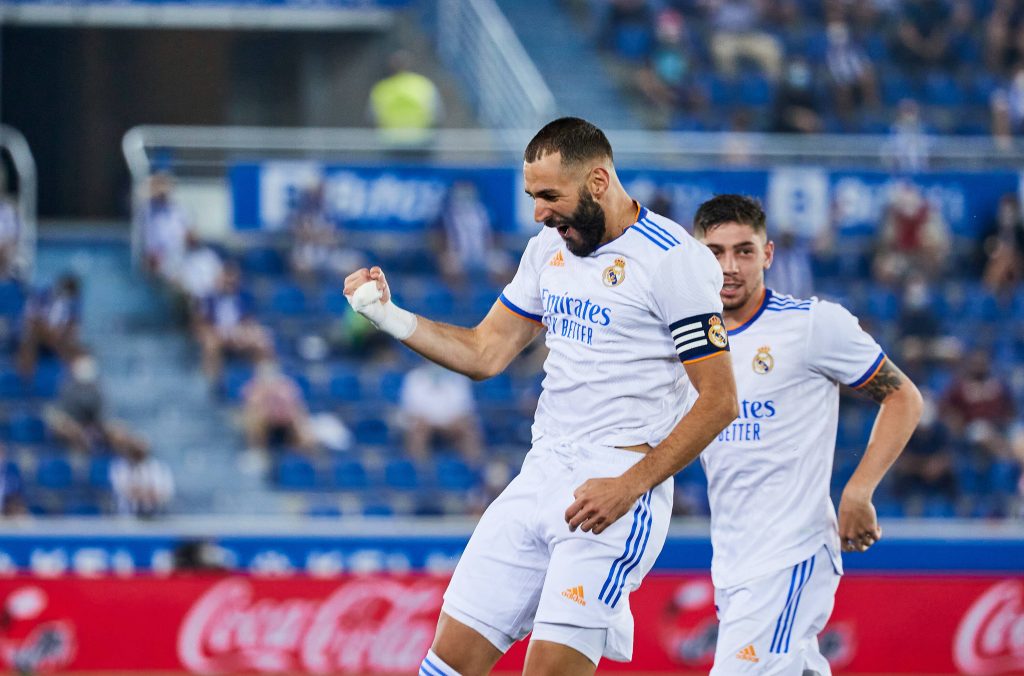 This year’s Champions League final is almost upon us as Real Madrid lock horns with Liverpool in a match of monumental proportions – we are taking a quick look ahead by offering some of our own tips and predictions.

Already claimed this offer? Check out our best betting sites in the UK.

After one of the most enthralling Champions League campaigns in recent memory, Paris’ Stade de France will stage this year’s climax as European royalty descend on the French capital.

Real Madrid will be aiming to win their fourteenth European title and their fifth in 10 years, while Liverpool can claim a historic seventh.

In what promises to be a showcase of football’s elite, we are tipping Real Madrid’s talismanic captain Karim Benzema to continue his breathtaking goalscoring exploits. The Frenchman has performed on the biggest stages time and time again this season, dragging his team through each stage of the competition with vital goals.

He is just two away from equalling former teammate Cristiano Ronaldo’s record of 17 goals in a Champions League campaign, and while scoring two in a final against Liverpool seems unlikely, we are predicting him to take his tally up to at least 16 with a goal here. He has found the net every 68 minutes this campaign and has an average goals per 90 of 1.33.

We are predicting a draw in normal time for the final.

While Liverpool are slightly favoured in the markets, it is impossible to count out Real Madrid, and if previous rounds are any indication of their hunger to win this competition again, it should be an incredibly tight game.

We are expecting goals however – Real Madrid have conceded eight goals in their last four European matches while scoring 11 in the process, while Liverpool have scored the same amount and conceded six.

Check out all the Champions League Final betting offers.