No trophies to speak of, a fairly unimpressive league standing and the added frustration of being currently mired in one of the most convoluted takeovers in recent history. In short, Liverpool have had to endure a pretty awful season – but there is a dot of hope on the horizon.

According to today’s Daily Mail, Liverpool are hoping to usher in a new dawn at the club with a wave of home-grown summer signings, to instill some much needed ‘English passion’ within their ranks.

A brace of promising youngsters have already been snapped up in Raheem Sterling and Jonjo Shelvey (from QPR and Charlton respectively), and now it seems that the Anfield side are targeting an altogether more experienced campaigner to compliment their recently acquired youthful exuberance – namely Chelsea’s Joe Cole.

Cole is said to have infuriated Chelsea owner Roman Abramovich with his ‘optimistic’ contract demands, with the Russian oligarch eventually deciding to suspend any further negotiations until the end of the season – prompting speculation that Abramovich would rather see the England midfielder walk out of the club on a free transfer than bow to his £120,000-a-week wage requests.

Should Cole fail to agree a new deal at Chelsea, Liverpool would be able to sign him as a free agent – therefore no transfer fee would be involved.

However, the former West Ham man is expected to be looking for around £6.2-million-a-year in wages – which could prove to be a stumbling block for a cash-strapped club, currently between ownerships and caught up in a perplexing state of flux. 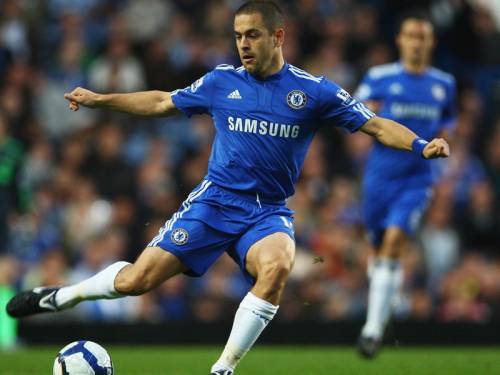 The 28-year-old is desperately in need of a new lease of life following a series of middling performances for Chelsea this season and Anfield could be the perfect place for Cole to revive his somewhat flagging career – it’s just a question of whether or not Liverpool can afford (quite literally) to take that gamble.

Adrian Clarke and Iain Spragg discuss Joe Cole’s prospects for next season, and why he might not fancy a move to a ‘big’ club. Listen now.