Liverpool target Javier Pastore has no intention of leaving French side Paris Saint Germain in the summer, according to his agent. 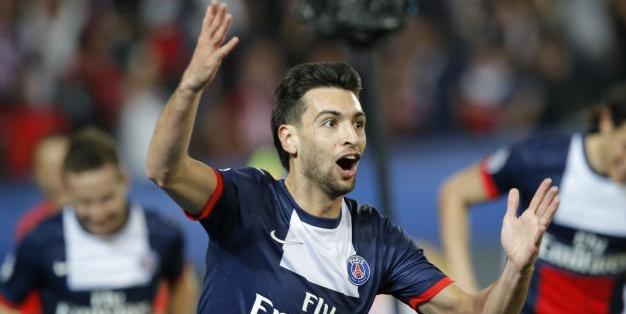 The Argentine, who scored a supreme solo goal against Chelsea in the Champions League midweek, was linked with a move away from the Parc des Princes back in January.

But his agent, Marcelo Simonian, has moved to quash rumours, stating that the player is fully settled in France,

‘He feels good with his team-mates and the staff and works every day to keep playing for PSG. He thinks only of PSG, and I can assure you that this is the truth,’ Simonian told French newspaper ‘Le Parisien’ (relayed by talkSPORT).

As PSG defeated Chelsea 3-1, Pastore was quoted as saying that the goal was perhaps the most important of his career. Le Parisien’s twitter account echoed his sentiments.

Pastore has only started 12 games this season in Ligue 1, but the 24 year old now seems determined to stay on and fight for his place in the French capital.