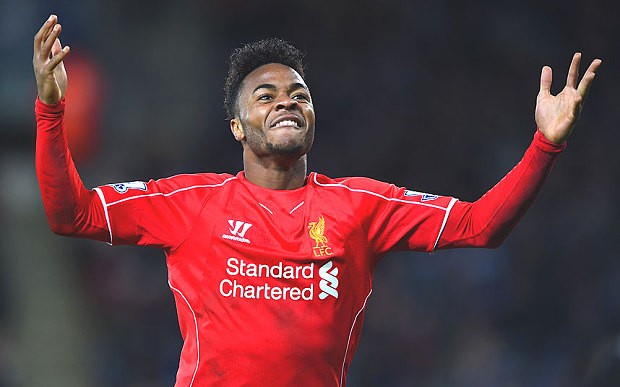 According to reports from The Times, Liverpool have turned down Manchester City’s £30m offer for Raheem Sterling. The report states that City made their move for the English winger this week by offering £25m plus £5m in potential future payments but the move was turned down by the Merseyside giants.

It is believed that Liverpool value Sterling at £50m and are refusing to budge over what they think is the transfer price for the 20 year old. Thus the Reds will not even consider selling the player for anything less than that figure. Sterling had earlier rejected a new £100,000-a-week contract and his agent Aidy Ward had claimed earlier that not even a £900,000-a-week would tempt his client to sign a new deal and stay at Anfield.

Sterling has also attracted interest from Arsenal, Chelsea and Manchester United as he is eager to play Champions League Football next season. City’s early move for Sterling in understandable; the Etihad side are willing to spend heavily in the summer to challenge on all fronts and want to recruit English talent in their squad.

Goalkeeper Joe Hart echoed his club’s transfer policy, “I am not in the discussions of transfers, but after losing Frank and James, I imagine with home-grown rules, it will be top of their list to bring in English players or to promote some of the young lads.”

City chairman Khaldoon Al Mubarak who has pledged to invest this summer also said, “You will see us in the market bringing in high-quality individuals that fit within what we are aspiring to. We want a squad which is able and has the capability and quality to win the Premier League, to compete and win the Champions League and be able to go all the way in two cup competitions in England.”

It will be thus interesting to see if City do come back with an improved bid for Sterling and whether thy are willing to meet Liverpool’s evaluation for the player. Brendan Rodgers would surely not want to lose Sterling but it could be a long summer for the Reds.