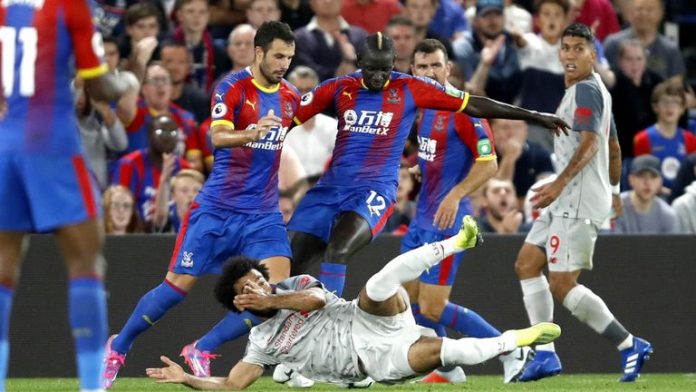 Mohamed Salah’s inclusion in the final three-man shortlist for the 2017/18 UEFA Men’s Player of the Year award is well-deserved, but that’s as far as things should go.

His presence alongside Cristiano Ronaldo and Luka Modric is certainly no surprise after a season where he notched 32 goals in 36 Premier League appearances for Liverpool.

A further 10 goals in 13 games helped the Reds reach the final of the Champions League where they came up short against Real Madrid.

Modric was a key part of Los Blancos’ victory, dominating midfield to help his side to their third success in a row in the competition.

He played a major role in Croatia’s run to this summer’s World Cup final in Russia, although teammate Ivan Perisic was arguably their most influential player during the tournament.

However, while Salah and Modric can rightly be proud of their efforts last term, their achievements are overshadowed by Ronaldo.

His 26 goals in 27 games in La Liga came at a better strike rate than Salah produced, but it was his performances in the Champions League that set him apart from his rivals for UEFA’s award.

Ronaldo was the man for the big occasion for Madrid, becoming the only player in the history of the competition to score in 11 straight games.

His performance over two legs in the quarter-final against Juventus showcased his talent, while his last minute penalty to send Madrid through to the last four was undoubtedly the key moment in their run to the final.

Salah and Modric had great seasons, but Ronaldo was exceptional. UEFA should save everyone some time and give him the award now.