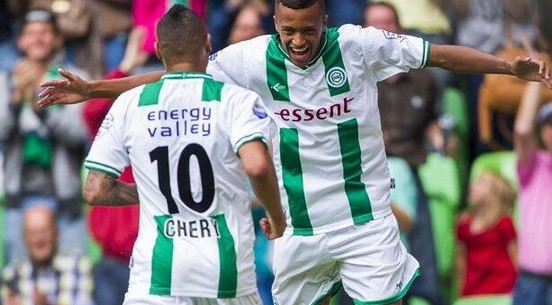 Premier League clubs Liverpool and Manchester City are reportedly showing keen interest in Groningen wonderkid Richairo Zivkovic, who is dubbed as the next Arjen Robben.

Dutch giant Ajax are also interested in the youngster, who became the youngest player to appear for the Eredivisie side in their history, while appearing at the age of 16 in 2012.

The youngster has scored five goals this season, while majority of his appearances has come from the bench, which has caught the attentions of top European clubs like Barcelona and Paris Saint Germain.

Amsterdam club’s director of football Marc Overmars recently admitted that Ajax are showing keen interest in him. He said to Voetbal International:

“Zivkovic? He is an interesting player that we are following. Thinking about possible reinforcements for next season, our preference is for Dutch players.”

The youngster has made five starts in the Dutch league this season while rest of his appearances (20) has come from the substitute bench. With great technical abilities, where the youngster has most impressed is in his knack of getting goals.

Though he is compared to Dutch hero Robben, his preferred position is that of a striker. He has unleashed 26 shots on goals, with 73% of his shots have found the target.

With a 19% shot conversion rate, Groningen’s third highest scorer this season, despite the fact, as I said, majority of appearances have come from the bench.

Liverpool have a good relation with Groningen, as academy player Krisztian Adorjan is currently plying his trade on loan. Adorjan has created nine chances in his 14 appearances thus far and has scored three goals.

It is unknown at the moment, how serious Liverpool are to bring him. He is one of the players to watch out for in future, but with Ajax seemingly interested in snatching him up, the Reds may have to move early in the summer.