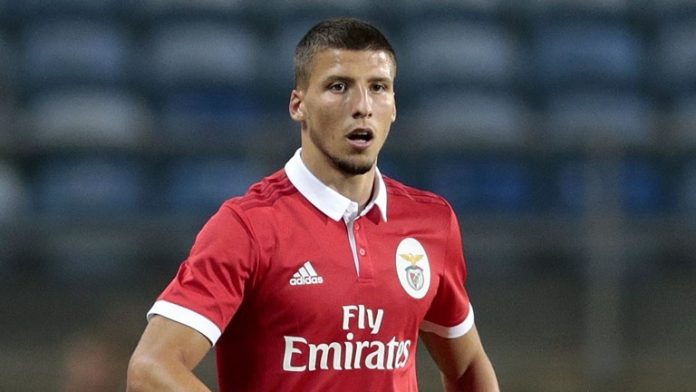 Liverpool have been linked with a move for Benfica defender Ruben Dias.

He made his professional debut for Benfica B in a LigaPro match against Chaves in 2015.

The centre-half debuted for the first team in a Primeira Liga match against Boavista in 2017.

Dias was called up by Portugal manager Fernando Santos in March 2018, ahead of friendlies against Egypt and the Netherlands.

However, he was unable to play after suffering an ankle injury.

Dias was subsequently named in Portugal’s 23-man squad for this summer’s World Cup in Russia.

A tall and athletic centre-back, Dias could shine as the only uncapped member of Portugal’s squad.

He may see significant game time should the European champions progress further into the tournament, particularly with veterans Bruno Alves and Jose Fonte competing for a place alongside Pepe.