This summer is massive, just massive for Liverpool. The Reds manager Brendan Rodgers will be backed with transfer funds, as Liverpool prepare to build a strong team that can handle the dual pressure of Premier League and the Champions League. 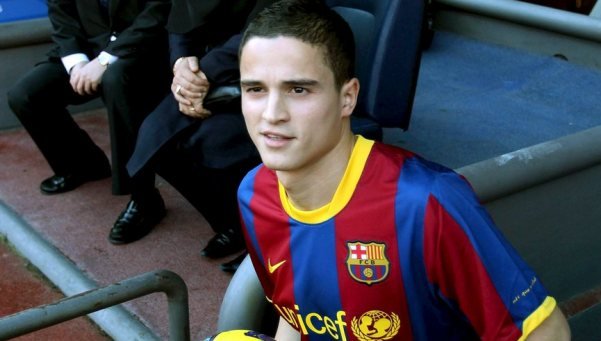 It will be interesting to see Liverpool’s transfer strategy this summer. While focus will definitely be laid on bringing in top quality players, but at the same time, in order to maintain a strong bench strength Rodgers could be looking to sign few players, who are hugely talented but somehow failing to show their worth for the present clubs. Well, it is indeed a gamble, but a gamble worth taking.

Liverpool could be ready to take one of such gambles, as La Stampa reports the Reds have generated strong interest in Barcelona winger Ibrahim Afellay.

The 28-year-old Dutch winger has a contract till 2015 and has been told to find a new employer in the summer.

Afellay made his name during his time with PSV while represented Netherlands at 2010 World Cup and in two European Championships.

He is highly talented no doubt, but somehow has faded away in the last few seasons. Several Italian clubs are interested in him, but report suggest Liverpool could be his likely destination in summer. He could be a good squad player though, and will be available for cheap as well.

Should Liverpool try to land Afellay for cheap in summer?