Porto’s Fernando is a highly rated defensive-central midfielder, who has been catching the eye-balls of top European clubs due to his contract situation. 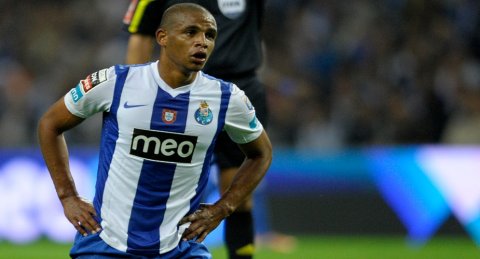 The 26-year-old will be out of contract with Porto next summer and the player is reluctant to sign a new contract with the Portuguese club. According to the player’s agent, his client would prefer a move to Serie A, but hasn’t ruled out the possibility of joining a Premier League club either.

Manchester United are thought to be a long term admirers of his talent. Over the last few months, he has been linked with the Old Trafford club, quite a number of times and that is understandable. The Red Devils are in need of a strong central midfielder and are exploring every possible option available.

Central midfield is one of the major areas that need reinforcement for the Red Devils and a player of Fernando’s caliber would bolster the team to a good extent. But, they are not alone in the chase. Arch-rivals Liverpool are also keen to bolster their midfield and according to reports in Italy, are willing to enter the race as well. The Reds are targeting to sign him on free transfer but could move early in January and splash cash to land the midfielder as well.