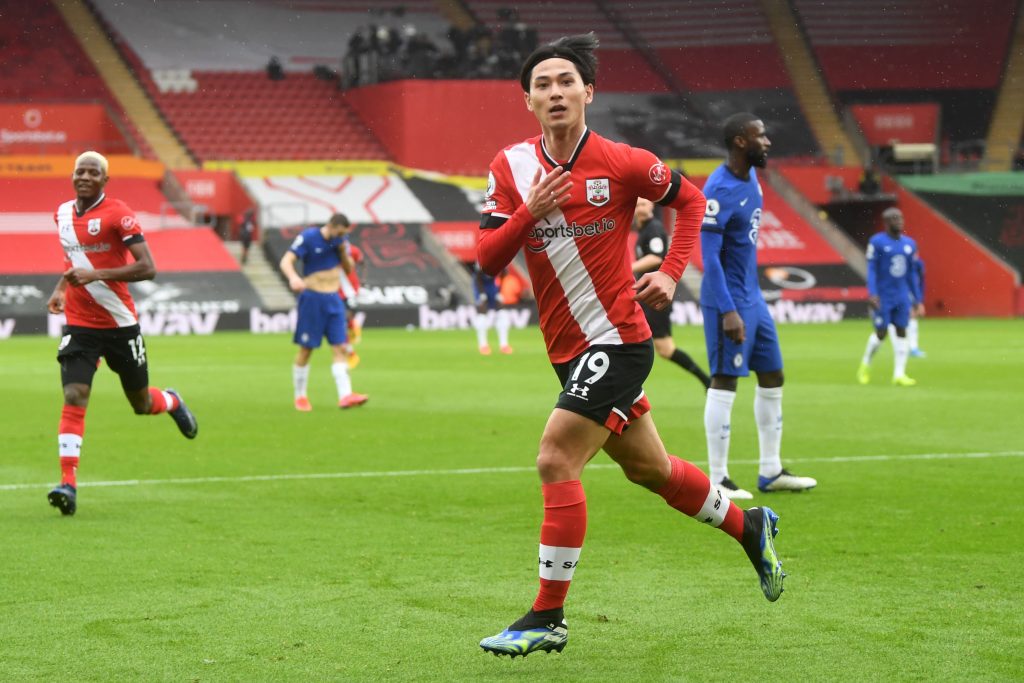 Japanese international Takumi Minamino joined Southampton on loan last month and he has already made quite an impression.

The 26-year-old scored an outstanding goal against Newcastle United and he has now followed it up with another superb finish against Chelsea earlier today.

The on-loan Liverpool player did well to control a long pass in the first half and then finished his chance calmly after deceiving Edouard Mendy with a lovely bit of skill.

When the Reds sent him out on loan to Southampton, Jurgen Klopp revealed that he hopes that the Japanese international will play regularly and regain his form and confidence.

Minamino has done just that and the Liverpool manager will be pleased with his performances so far.

It will be interesting to see if Minamino continues to impress for the remainder of the season and manages to establish himself as a first-team player for the Reds next year.

The Japanese attacking midfielder was an outstanding player for RB Salzburg and he is starting to show his qualities in the Premier League.

Some Liverpool fans were delighted with his performance for Southampton and here is what they had to say about his goal against Chelsea.

minamino was a flop? pic.twitter.com/zCbBzZRHiX

Minamino out on loan to score against our rivals for top four. Klopp really playing 3D chess.