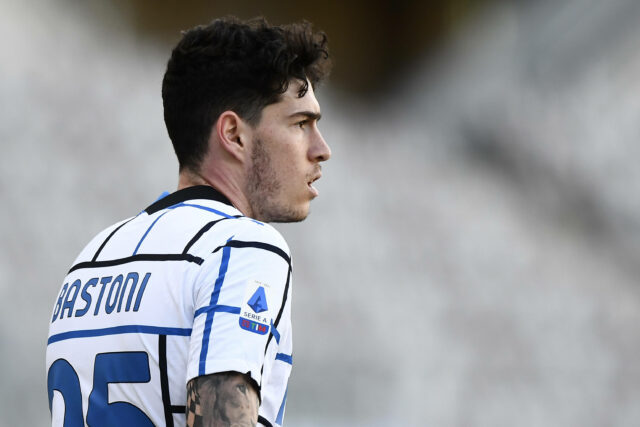 However, the Reds are likely to face strong competition with Barcelona and Bayern Munich also interested in securing his services.

Bastoni has been brilliant this season for Inter. He has made 32 appearances in all competitions, including 24 in Serie A. The 21-year-old has also registered four assists.

He is a high-rated young talent, and Inter will demand a high transfer fee for him if they at all decide to let him go.

The report claims that Liverpool won’t have any problem in shelling out €50 million for his signature.

Signing a centre-back is a priority for Liverpool in the summer.

The Reds have badly missed Virgil van Dijk and Joe Gomez, while Joel Matip has also been injured. Jordan Henderson and Fabinho were forced to play as makeshift centre-backs for the majority of the season.

Ozan Kabak has done well in his loan spell from Schalke, and Liverpool have an option to sign him permanently. Natt Phillips has impressed heavily in recent games and has forged a strong defensive partnership alongside Kabak.

Although the likes of Van Dijk and Gomez are expected to return at the start of next season, Liverpool still need another top-quality centre-back.

Given Bastoni’s age and potential, he would be a good fit for the Reds.

Barcelona are also interested. However, the Catalan giants are struggling financially at the moment and may struggle to meet Inter’s asking price.

In other news, Borussia Dortmund are interested in signing Liverpool striker Divock Origi.