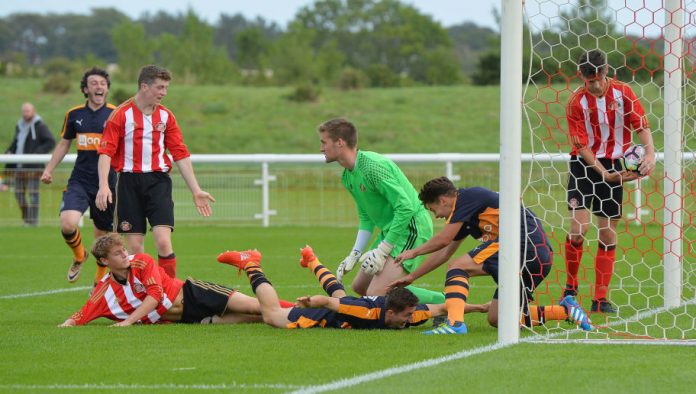 According to Chronicle, the 15-year-old midfielder could join the Reds for less than the £500,000. The report adds that Jurgen Klopp’s side are optimistic about an agreement with the Wearside club.

Sunderland have been recruiting actively at the youth level and they have managed to unearth a gem in Stephenson.

Apparently, Stephenson is similar to the Liverpool captain Jordan Henderson in terms of style. The industrious Sunderland playmaker is an accomplished passer as well.

The 15-year-old central midfielder is one of the most gifted young players at the club and the Black Cats will be reluctant to let him leave.

However, Liverpool have the attraction and financial muscle to make the move happen. If the deal goes through, the player will join up with the Reds’ U18s squad.

It is clear that Jurgen Klopp is building a side for the future and someone like Stephenson could prove to be a quality addition in the long run.

The Reds have recently signed the likes of Bobby Duncan and Ki-Jana Hoever from Manchester City and Ajax.