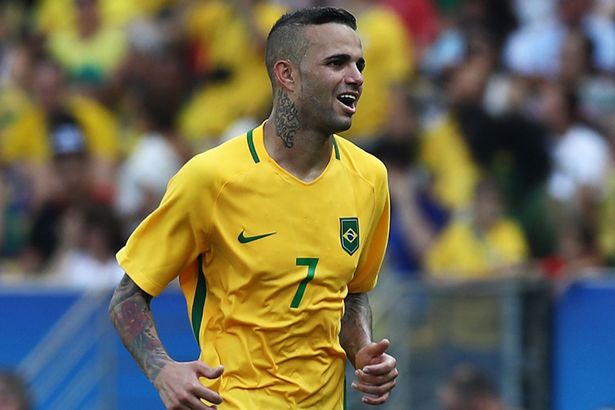 Liverpool are closing in on the 24-year-old Brazilian forward Luan.

The Gremio star impressed during the Olympics and Jurgen Klopp wants the versatile attacker to improve his side’s attacking options.

Luan has just one year left on his current contract and he recently turned down the chance to extend it. According to Daily Mirror, Liverpool are ready to pay Gremio’s asking price for the player which is around £26m.

The Brazilian international can play as a winger, an attacking midfielder or the striker. His versatility will help Klopp cope with injuries to Sturridge and Mane. The Reds have struggled in the absence of both players this season and it seems that the German manager is keen to address the issue right away.

The fact that Lucas, Coutinho and Firmino are established players at Liverpool will only help convince Luan that Merseyside is the ideal destination for him. Furthermore, Klopp’s track record of improving young players is very good.

If he can replicate his performances for Gremio at Liverpool, the 24-year-old could certainly establish himself as an international for his country.