The new 2012/13 Liverpool FC third kit is a bold and colourful shirt designed by Warrior Football and to be worn by Liverpool during their upcoming UEFA Europa League campaign and selected Barclays Premier League games.

According to Warrior Football the third kit – seen in full below – has a dominant nightshade colour along with orange and white as trimmings and secondary colours, and features ‘ancient tribal warrior markings’ set along the outer sides of the sleeves and side panels – breaking new design ground for Liverpool.

Beyond the third kit, this tribal graphic features heavily throughout the 2012/13 Liverpool FC range of apparel and accessories. Hey, if it helps…

In line with Liverpool FC’s new home and away versions, the third kit features a fully embroidered amber yellow Liver Bird emblem as the Club’s crest, while the Hillsborough commemorative logo is on the nape of the shirt’s neck. 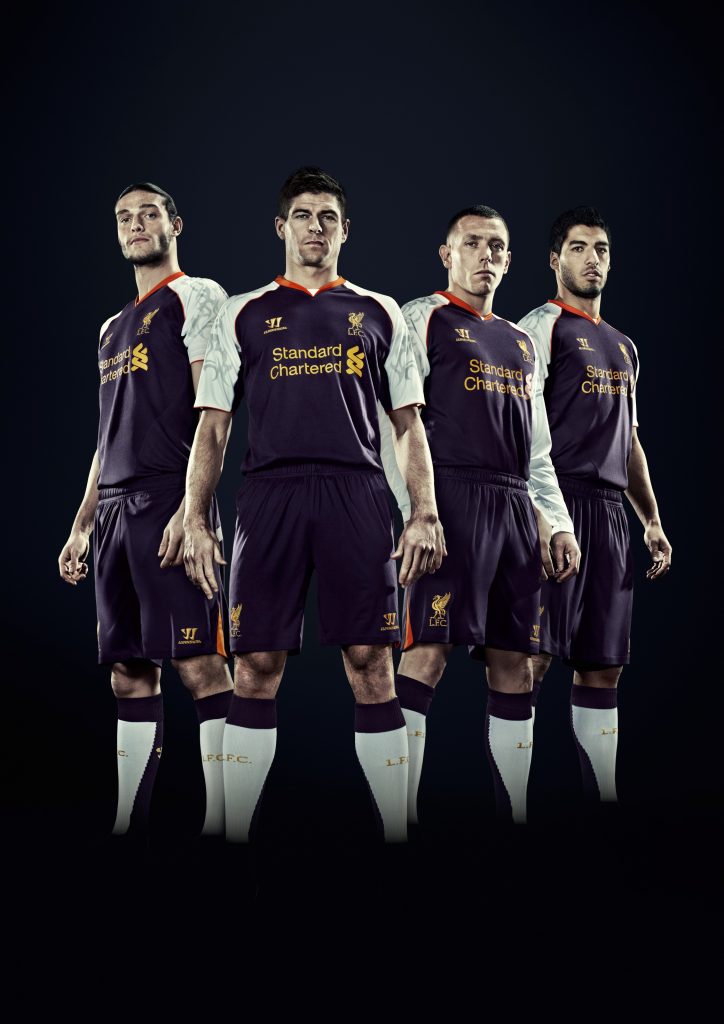