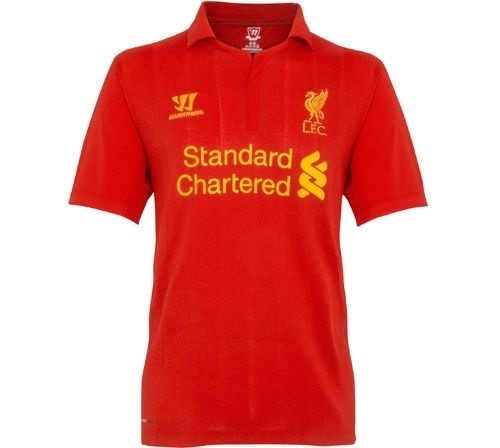 Liverpool’s new kit for the 2012-13 season has been unveiled, with much anticipation over its release due to Warrior Sports taking over the design and manufacture of the strips from Adidas. The home kit has been simplified by the new manufacturer, with the top all red except for the gold LFC badge, Warrior Sports symbol and Standard Chartered sponsor.

The top will be accompanied by fully red shorts and socks, as a simple but professional strip has been unveiled. The eternal Hillsborough flames are featured on the back of the strip just under the collar, whilst the design of the club’s emblem on the top has also been made less complicated.