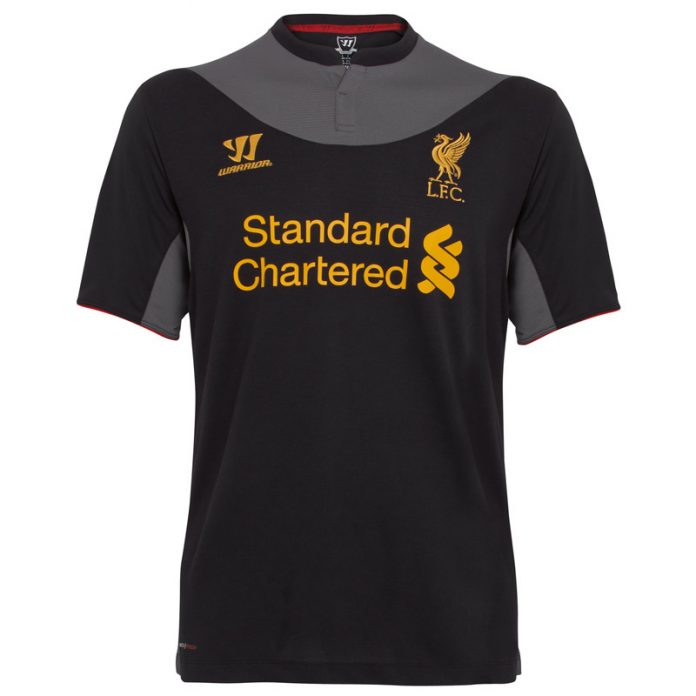 The new Liverpool 2012/2013 away kit from Warriors has been officially released. Photos and more details below.

Following Warrior’s design direction of modern tradition, the new kit is inspired by Liverpool’s away Kit from 1900-1906 which featured the yoke detail in recognition of sailors and the huge influence of the docks on the city at the time. The first Liverpool FC Away Kit Warrior under the new Warrior partnership has been designed to reflect the city of Liverpool’s maritime heritage.