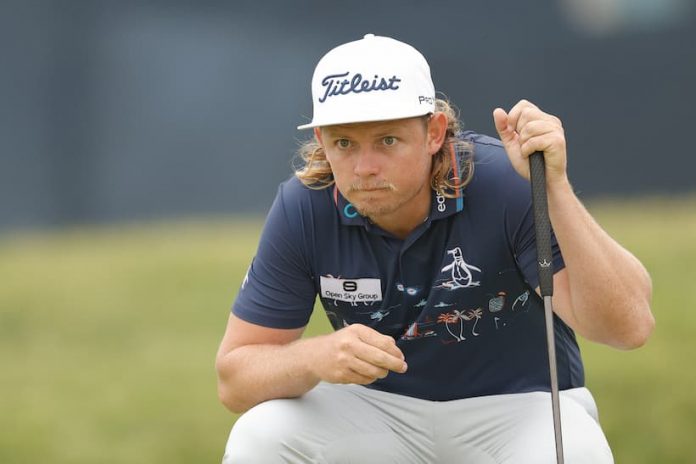 The eighth LIV Golf Invitational Series event gets underway this week from Trump National Doral Golf Club. It plays host this week to the Saudi Arabia-funded golf series, the LIV Miami Team Championship. Look no further, as we have some excellent betting picks and promos for you!

The LIV Golf Invitational Series eighth and final tournament kicks off this week and includes some huge names from the world of golf who have switched their allegiance to the LIV Tour. LIV continues to cause controversy and has become a major talking point for golf fans all around the world.

Without further ado, here are the best betting picks and predictions for the LIV Miami Team Championship, provided by us here at SportsLens. The LIV Golf Invitation Series finale is almost here!

With the eighth and final LIV Golf Invitational Series tournament getting underway this week from Trump National Doral, excitement is well and truly building as this new golfing initiative enters its season finale, beginning on Friday. With a stellar field on show this week, the LIV Miami Team Championship should be an exhilarating week of golfing action in Doral, Florida, Miami, USA.

Some notable names from the top of the sport such as Cameron Smith, Brooks Koepka, Phil Mickelson, Bryson DeChambeau and the individual LIV Golf Invitational Series winner, Dustin Johnson, all feature this week at Doral, aiming to become LIV Miami Team Championship winners.

The prize money on offer for this new series is simply mind-boggling. This week at Trump National Doral Golf Club for LIV Miami, the winning team will receive a ridiculous $50 million in prize money. As this is a team event, each player would receive $12.5m in prize money if they are on top of the leaderboard after 54 holes come Sunday afternoon.

Taking a look at the course itself, Trump National Doral Golf Club is a beautiful golf course, with perfectly manicured fairways and hilly greens. The course is a par 72 and approximately 7,510 yards in length. The Blue Monster course at Trump National Doral has some spectacular water features too. The course has played host to some huge PGA tour events over the years, including the WGC-Cadillac Championship.

Here is who we think has the best chance of winning come Sunday and picking up the $50 million team cheque at LIV Miami Team Championship this week at Trump National Doral Golf Club.

Our betting selection for the LIV Miami Team Championship is that the Stinger GC team will triumph come Sunday afternoon and claim the $50 million prize after a compelling 54 holes of high quality golf.

The Stinger GC team may have only won one event, with Charl Schwartzel triumphing in the first every LIV Golf event back in June. The team followed that up with a second place finish in the following tournament, but since then have struggled a bit for form.

However, the format of this final LIV Golf event in Miami could play into the hands of Team Stinger. Seeds 1-4 get a bye to the quarter-finals, with a set of three matches will taking place: two singles matches and one alternate shot match, for the remaining eight teams.

The semi-finals will then be played on Saturday with the remaining eight teams, then the final four teams will compete on Sunday in a shotgun start of stroke play. The lowest combined team score will then win.

With Louis Oosthuizen, Charl Schwartzel, Brandon Grace and Shaun Norris the four players in Stinger GC, we think they have every chance to put in a stellar performance this week and triumph come Sunday at Trump National Doral Golf Club.

The winning team will of course receive $50 million. So divide that by four and each player of the team will get $12.5 million in prize money. Quite the incentive to bring your A game this week at LIV Golf Miami Team Championship.

Stinger GC could be a dark horse if they bring their best form and pick up a few wins in the singles and doubles over the other 11 teams.

Although the 4 Aces GC team are our biggest fancies for potential success this week, here are some other notable teams who we think have a good chance at a great price: