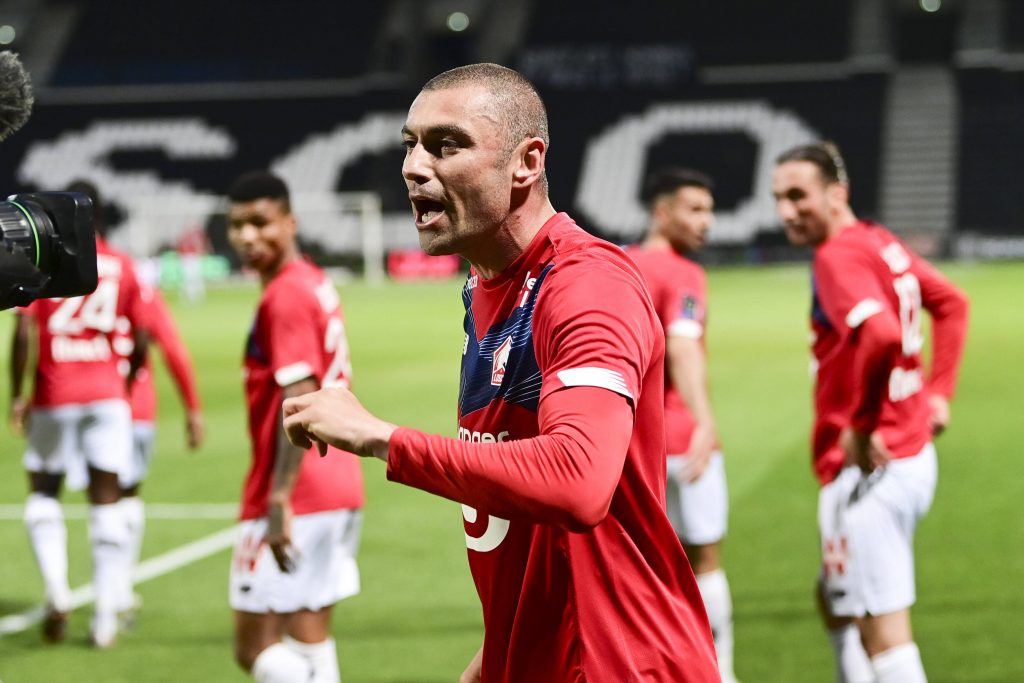 Lille would be hoping to use their good form in the Champions League as a way to revive their domestic fortunes when they take on Nantes at the Stade Pierre Mauroy.

Watch and bet on Lille vs Nantes live stream at bet365>livestreaming>football from 16:00 GMT on Saturday November 27. To watch you must register an account and have a balance of £1 or more.

Jocelyn Gourvennec’s men have mounted a forgettable effort to retain their Ligue 1 crown and have been floundering every other week. They had to settle for a 2-2 draw with AS Monaco in their previous outing after leading the game 2-0.

However, Les Dogues would be hoping to build on their 1-0 win over RB Salzburg in order to climb higher up the table. They’re currently in 12th place in the league standings and winless in their last five outings from which they’ve taken only three points.

Nantes are in 11th in the league standings but they haven’t exactly done a great job either. The club has just one win in their last five outings and would be fancying their chances against Lille in order to move away from a relegation fight which does seems to be looming large for both sides.

Lille have managed to get the better of Nantes in each of their last four meetings and the last time the two played in this venue, Lille won the game 2-1.

Benjamin Andre returns to the starting XI alongside Jonathan Ikone who missed the win over Salzburg due to suspension. Amadou Onana misses out due to accumulation of bookings.

Nantes have a fully fit squad to rely on and Nicolas Pallois set to return to the starting XI after serving his one game suspension.

Here are the latest betting odds for Lille vs Nantes from bet365:

While Lille haven’t been in great form in Ligue 1, the Mastiffs head into this game full of confidence. A win against Nantes looks likely given the Canaries’ problems at the back.

How to watch Lille vs Nantes Live Stream