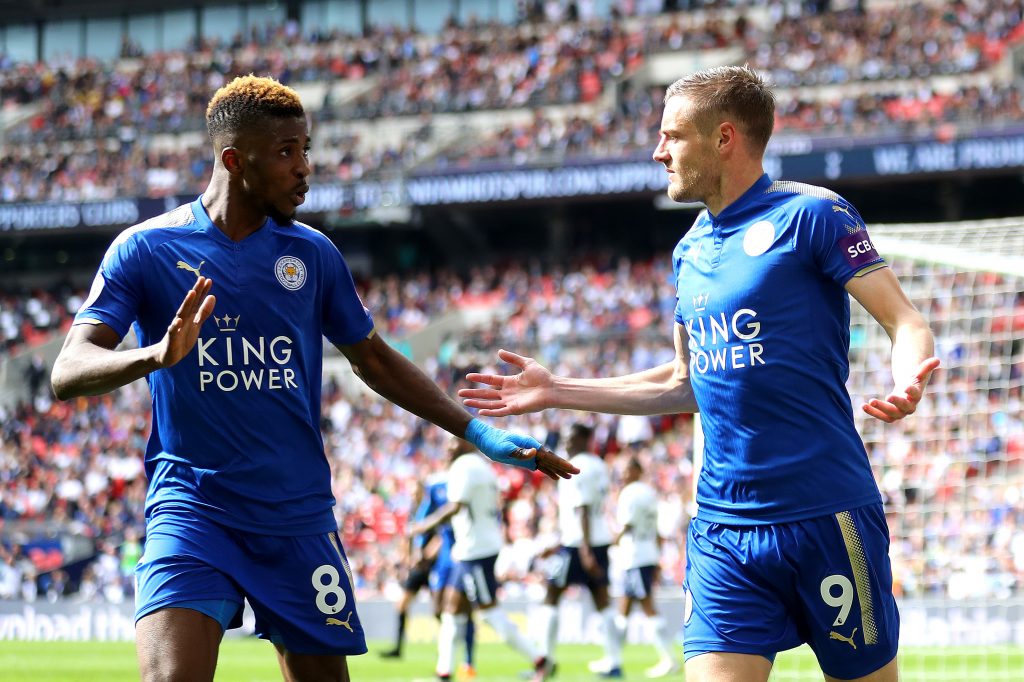 After a longer than expected layoff due to the cancellation of last Sunday’s north-London derby against Arsenal, Tottenham Hotspur return to Premier League action this evening to face Leicester City at the King Power Stadium.

Since Italian manager Antonio Conte’s arrival, Spurs have quietly been clamoring up the league table and remain undefeated in the EPL with Conte at the helm. The recent run has seen Tottenham get to within a touching distance of the Champions League places, four points behind fourth-placed West Ham with four games in hand.

Currently occupying 10th place in the league table, slightly more was expected from a strong Leicester City squad this season. But, like Spurs, Brendan Rodgers’ side has four games in hand on most of the division. The Foxes could also climb up towards the top four if they get on a good run, starting this evening.

For a full match preview, the latest odds, betting tips, and details on an excellent free bet promotion at Betfred, read on:

Following a string of COVID cancellations, Leicester City are yet to play in the Premier League in 2022. Brendan Rodgers’ team’s only game since New Year did end in a win against an EPL side though – a 4-1 victory over Watford in the FA Cup.

Prior to the cancellations of games vs Everton and Burnley, Leicester looked something like back to their best when beating league title challengers Liverpool. A fine goal from Ademola Lookman gave the Foxes a 1-0 win and ensured Rodgers’ put one over his old club.

The Liverpool result was a much-needed three points and a clean sheet for the Foxes. Prior to that, Leicester had suffered a 6-3 Christmas stuffing at Manchester City and had been shipping far too many goals, averaging almost two goals against per game.

Leicester are more than capable of scoring goals. So, if the likes of GK Kasper Schmeichel and CB Caglar Soyuncu can maintain the kind of form they produced vs Liverpool, you’d have to give the Foxes a chance of victory at home vs Spurs.

Conte’s Tottenham have also endured a slow start to the year thanks to COVID-enforced match cancellations and EFL Cup fixtures. Like Leicester, Spurs have played just one EPL game in 2022. This game ended in a 1-0 win vs Watford on New Year’s Day.

Since then, Spurs crashed out of the EFL Cup to Chelsea. But, Conte’s side did put away struggling third-division outfit, Morecambe, in the FA Cup to book safe passage to the fourth round.

Ability-wise, there isn’t too much separating these teams, in our opinion. And, with both sides dreaming of Champions League spots should they win the majority of their respective games in hand, expect to see a tight encounter at the King Power with perhaps just a goal in it for the winning team.

Because Spurs and Leicester are so hard to separate from a betting perspective, we probably won’t be taking the winner on a straight moneyline bet (see betting tips section below to see our preferred wager). But, if you’re pressing us for a result…

Spurs are yet to win back-to-back games under new manager Antonio Conte. So, with this in mind -and knowing that the last result was a W for Tottenham vs Watford- a win for a Leicester team that’s fresh from beating Liverpool last time out seems a decent bet.

Leicester vs Tottenham prediction: bet on Leicester City to win at odds of 11/5 with Betfred

If you’d like to take a look at the latest team news and learn more about a Leicester vs Spurs live stream, click the link.

There are also a host of Leicester vs Tottenham betting offers available for this game, click here to find out more.

Tonight’s EPL clash between Leicester & Tottenham is a tough one to call since both teams are in similar form, picking up three wins from the last six.

Both teams have forwards that can hurt you – Leicester’s Jamie Vardy has nine goals in 16 games; Spurs’ will be without Son Heung-Min who has eight goals in seventeen games. But Son’s replacements, Kane and Lucas, are in form. So, BTTS seems safe a bet for this one.

The above, combined with the fact that Leicester have won five successive home games and neither team is on a great run of form defensively, means that we’re vouching for the superior odds available on Leicester to win with both teams to score.

The name of the game when betting is to win as much as you can when you win to cover your losses. So, with the 11/2 odds available at Betfred, this wager stands to pay out £65 from just a £10 stake, which is a lot better than the straight moneyline wager on the Foxes seen above.

Leicester vs Tottenham betting tip:  – bet on Leicester to win with BTTS at 11/2 with Betfred

Betfred is offering every new customer £60 in Bonuses. To claim yours, just sign up and place a qualifying bet of £10 on today’s match between Leicester & Tottenham in the English Premier League.