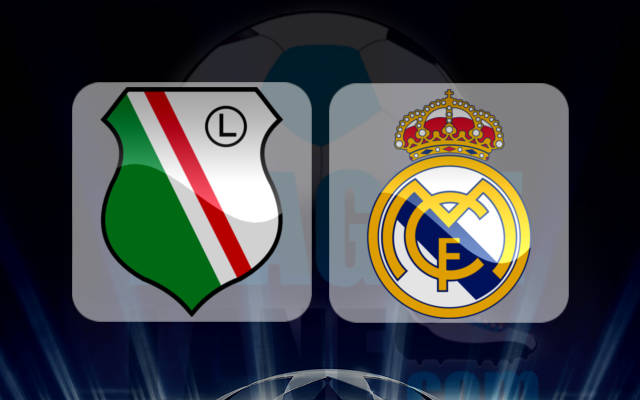 Real Madrid travel to Poland for their Champions League clash against Legia Warsaw this week.

Los Blancos have won their last five matches in all competitions and are in superb form right now. The Spanish giants will be full of confidence here and will look to replicate their performance against Legia at the Bernabeu from earlier this month.

Real Madrid are level on points with Borussia Dortmund and will want to lead their Champions League group with a big win against the Polish outfit.

Zidane is set to be without some of his star players for this week’s match. Casemiro, Luka Modric, and Sergio Ramos will all miss the welcome of Legia Warszawa.

Legia were thrashed during their first meeting with Real Madrid this season and Wednesday’s game will be a huge challenge for them.

The Polish outfit are massive underdogs and have had an atrocious start to their Champions League campaign. They have lost all of their matches in Europe so far. Legia have conceded thirteen times in their first three matches and will be dreading the visit of Real Madrid.

In terms of injuries, Legia should have a fully fit squad to choose from.

Real Madrid are undefeated in their last 7 matches in the UEFA Champions League.

Legia have conceded 13 goals in their last 3 UEFA Champions League games against Sporting and Dortmund.

Legia have scored just once in their last 3 UEFA Champions League games.

Real Madrid have won their last 5 matches in all competitions.

Real Madrid were unplayable against Alaves and Leonesa in their last two matches. Los Blancos will carry that form into this game. Plus, Legia have been extremely poor in Europe so far. Get the away side to win at 1/9 with Ladbrokes.

Legia have been conceding at a rate of more than 4 goals per game (on average) in Europe this season. Considering Real Madrid’s attacking prowess, over 2.5 goals (1/4) seem likely here.

Real Madrid are massive favourites to win this one. It seems highly unlikely that Legia will be able to pull off a major upset. The Polish side are out of their depth here and this should be a comfortable outing for Los Blancos. The Spanish giants will look to run riot here.