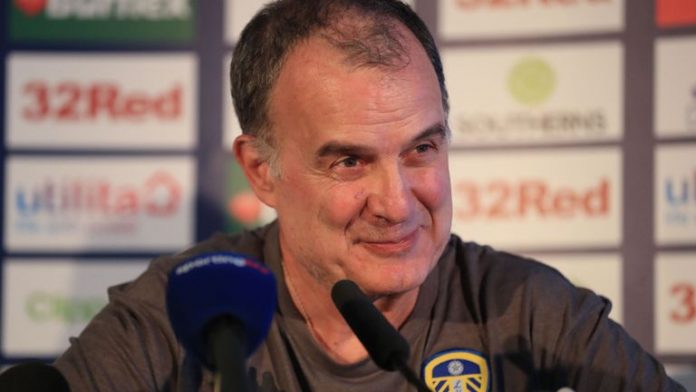 Leeds United host Stoke City in the Championship on Sunday with both sides hoping to get off to a winning start under their respective new managers.

Marcelo Bielsa’s appointment at Elland Road is a major coup for the club, with the 63-year-old having managed at a high level throughout his career.

New Stoke boss Gary Rowett has been tasked with taking the Potters back to the Premier League at the first attempt following their relegation from the top flight last season.

However, former Leeds midfielder David Prutton believes it will be Bielsa who emerges victorious this weekend.

He has tipped new signing Barry Douglas to score the first goal and Leeds to win 3-2 (325/1 at Sky Bet).

“Bielsa’s move to Leeds is yet more proof that the Championship is transforming into one of the most desirable leagues in the world to manage in,” he told Sky Sports.

“Win, lose or draw, there’s no doubt that it will be a fascinating season at Elland Road.

“Stoke are the best-placed of all the relegated clubs to go straight back up with arguably the strongest squad in the league, and this really is Gary Rowett’s moment to shine.

“This could be a great game with plenty of goals, and I fancy Leeds to edge it.”