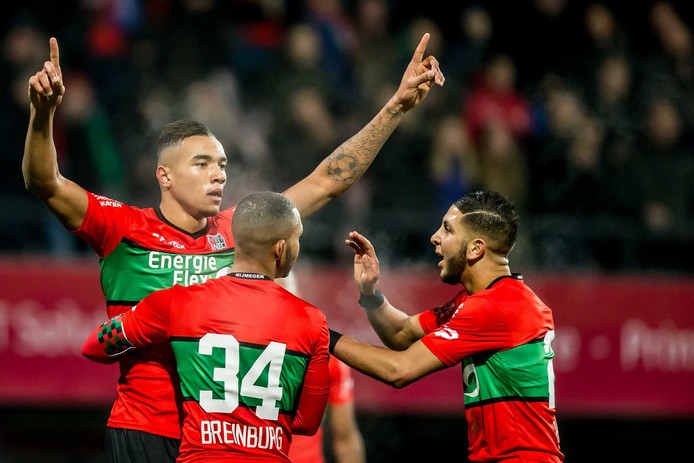 Leeds United are expected to confirm the signing of Jay-Roy Grot later today.

The Championship outfit have agreed a £1.5m deal with NEC Nijmegen for the Dutch striker.

According to Yorkshire Evening Post, the player arrived in England yesterday and personal terms have already been agreed with the player.

The report adds that Grot completed his medical this morning and the striker will be unveiled soon.

Grot is expected to replace the French forward Souleymane Doukara. The Frenchman is heading to the Turkish club Osmanlispor.

The Dutch forward played 20 times for NEC last season and is expected to debut against Nottingham Forest on Saturday.

Thomas Christiansen is expected to move for another striker as well before the transfer window closes. The Whites have recently sold their star striker Chris Wood to Burnley and they will need an experienced replacement.

As per the reports, Leeds are chasing Middlesbrough’s Rudy Gestede. The Whites even submitted a £6m offer for him earlier this week.

Leeds will be hoping to secure promotion to the Premier League this season and it is important for them to end the window strongly. It will be interesting to see whether they return with an improved offer for Gestede now.