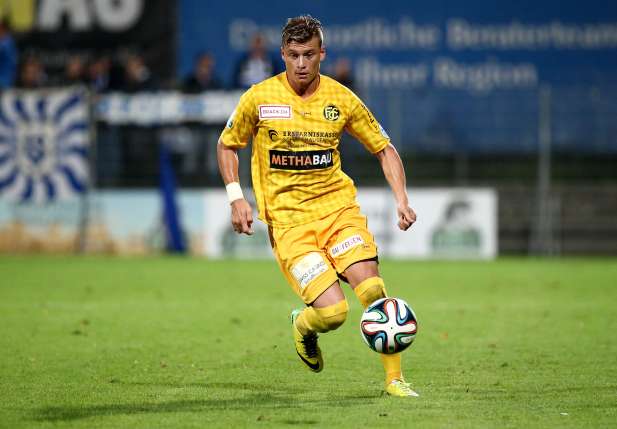 Leeds United have made it clear they will back their new manager, Thomas Christiansen, in the summer transfer window.

The Whites agonisingly came close to securing a play-off berth last season under Garry Monk, and will be looking to mount a serious challenge for promotion in the 2017/18 season as well.

Along with retaining their key players, Leeds United should prioritise bolstering their squad as well. With Christiansen at helm, they are expected to explore the European market, and sign hidden gems for the side.

According to reports from the Swiss newspaper Blick, Leeds United are plotting a move for Macedonia international Ezgjan Alioski.

The report suggests that the 25-year-old is in contention to make a shock move to Elland Road from Swiss club Lugano.

Alioski had enjoyed a terrific 2016/17 campaign, where he scored 17 goals, and further provided 14 assists for his side.

He began his career with the Young Boys, and has played all his time in Switzerland. He is a Macedonian international but also has Swiss nationality, and could find a familiar face at Leeds in Swiss star Gaetano Berardi.

The right winger signed for Lugano on a free transfer, and went on to become one of the top scorers in the Swiss league last season.

Leeds are in the market for a goal scoring attacking midfielder, and judging by his performance, Alioski looks the right profile of player for the Yorkshire club.