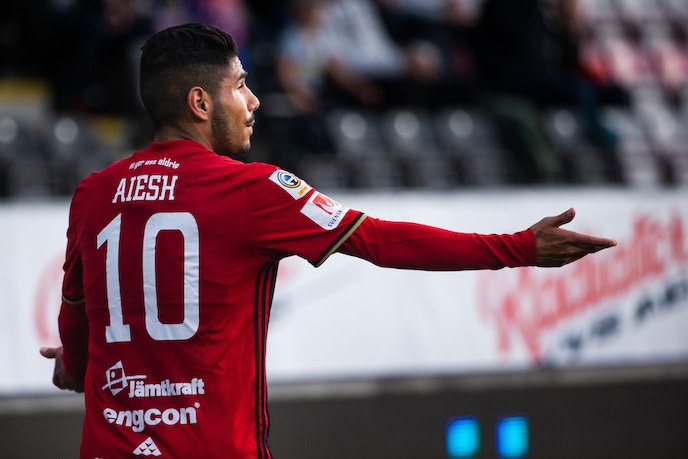 According to Fotboll Direkt, Leeds scouts were present when Oestersunds played Sundsvall recently.

The Championship outfit are thought to be scouting Aiesh’s teammate Dino Islamovic as well. The Oestersunds press officer has also confirmed the presence of Leeds scouts at the game.

It will be interesting to see if the Whites make a move for Aiesh in the coming weeks.

The 24-year-old has done well for his club recently and he has already managed to break into the international setup. Aiesh made his Sweden debut earlier this year.

The player is quite highly rated in Sweden and he could prove to be a good addition for Leeds next season.

Bielsa could do with some depth in the wide areas and Aiesh would be the ideal option.

The wide forward is unlikely to cost a lot and Leeds should look to secure his services soon. Apparently, he is valued at £1.7 million.

The report adds that Nottingham Forest and Reading are keen on the player as well.

It will be interesting to see where Aiesh ends up this summer. There is no doubt that his days at Allsvenskan are numbered.