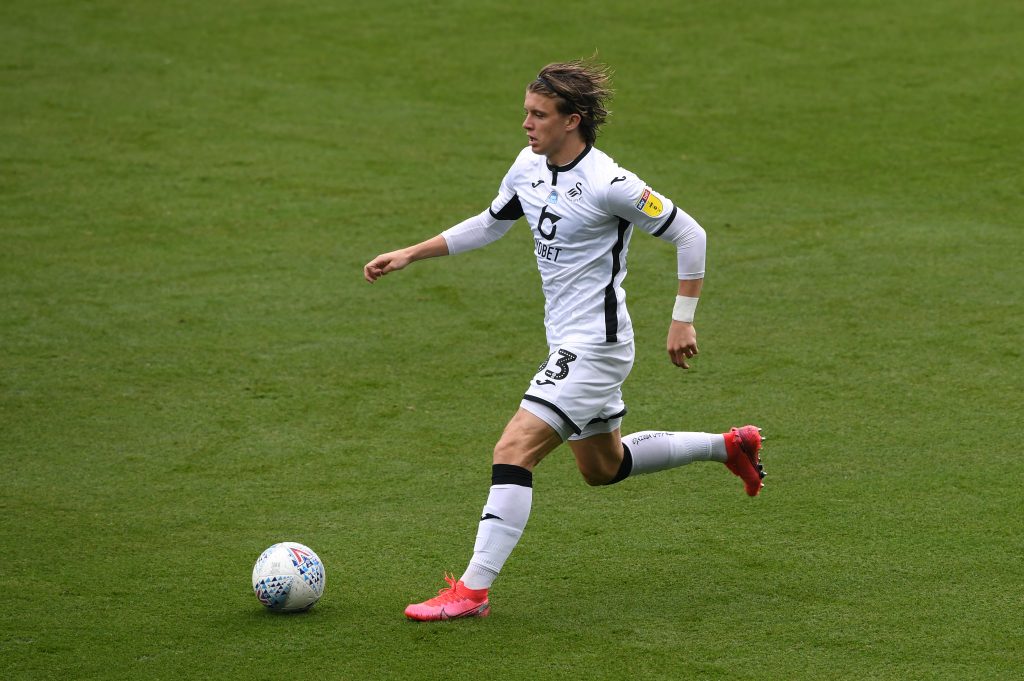 Chelsea midfielder Conor Gallagher is a man in demand this summer.

The 20-year-old midfielder impressed during his loan spell at Swansea last season and the likes of Leeds United, Aston Villa, Newcastle are keen on signing him.

The highly-rated attacking midfielder showed his potential in the championship and he could prove to be a useful addition for the aforementioned sides. He picked up six goals and eight assists last season.

According to Daily Mail, Chelsea are keen on keeping the player and they are set to open contract talks with him.

It will be interesting to see if they can convince the youngster to continue at Stamford Bridge next season.

Gallagher needs to play every week at this stage of his career and if Chelsea cannot provide him with such assurances, it would be better for him to move on.

He could get more game time at Leeds, Newcastle or Aston Villa.

It remains to be seen what the player decides.

Gallagher’s Chelsea deal runs out in 2022 and he’s unlikely to cost a lot if he is sold this summer. The report claims that Chelsea are open to loaning him out once again.

It will be interesting to see how the situation unfolds in the coming weeks now.